Bandon is extremely fortunate to have a cycling master as one of its residents. Karl Maxon, owner of South Coast Bicycles and Bandons bike supplier and caretaker, has made cycling his life for many years. Originally a distance runner, he moved from Eureka, California to Eugene for college and to join its exciting and rapidly growing running community that included Alberto Salazar, Steve and Bill McChesney, and Rudy Chapa. After sustaining some 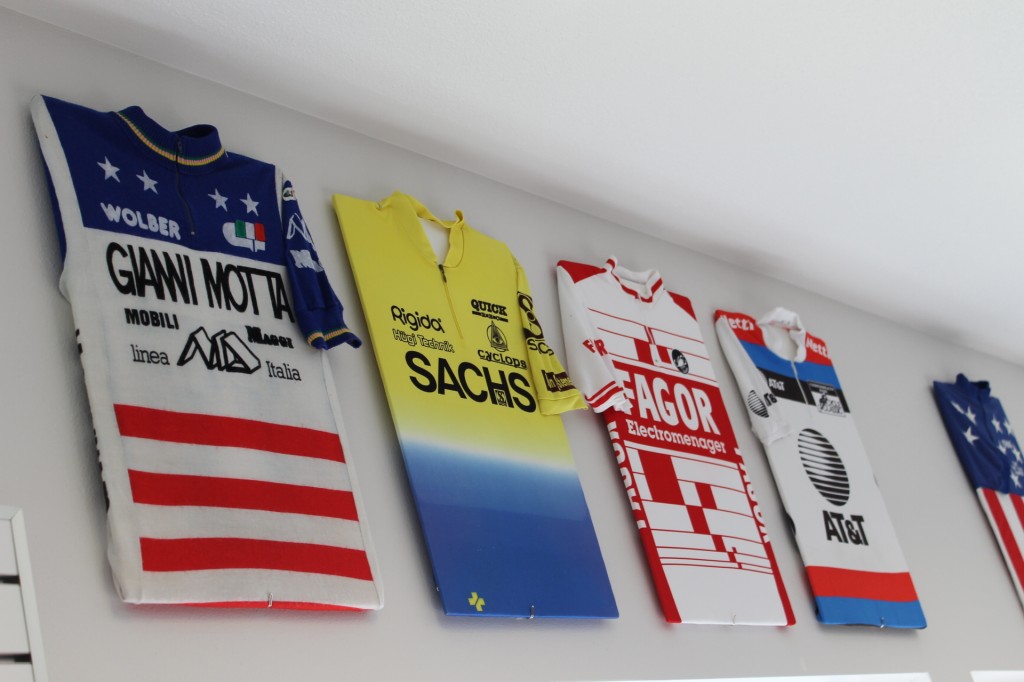 injuries, he switched to cycling and never looked back.

Karl quickly found success and a spot on a racing team and raced on different teams from 1980-1992 in the United States, Europe, Canada, Mexico, and Australia. During this time, he had over 100 career wins and close to 200 top three finishes, including a 1990 race in Northern California where he placed second, and Lance Armstrong placed third. Glancing around the shop, its easy to see the evidence of Karls racing career in the many team jerseys on the walls.

Karl spent some of his post-racing years as an accountant, and he and his wife Linda, also a serious cyclist, bought a home in Bandon. Having grown up on the northern California coast, he wanted to return to the ocean, and decided on Bandon for its natural beauty, friendly climate, ease of getting around, and uniqueness.

When Cycle Oregon came through the South Coast in 2011, Karl was impressed by the amount of support that appeared for cyclists, and though that he would like to see that kind of support continue after the event was over. He decided to open a bike shop, and the next spring, he opened the doors at South Coast Bicycles.

At South Coast Bicycles, Karls mission is to help people with all kinds of abilities and preferences enjoy cycling by 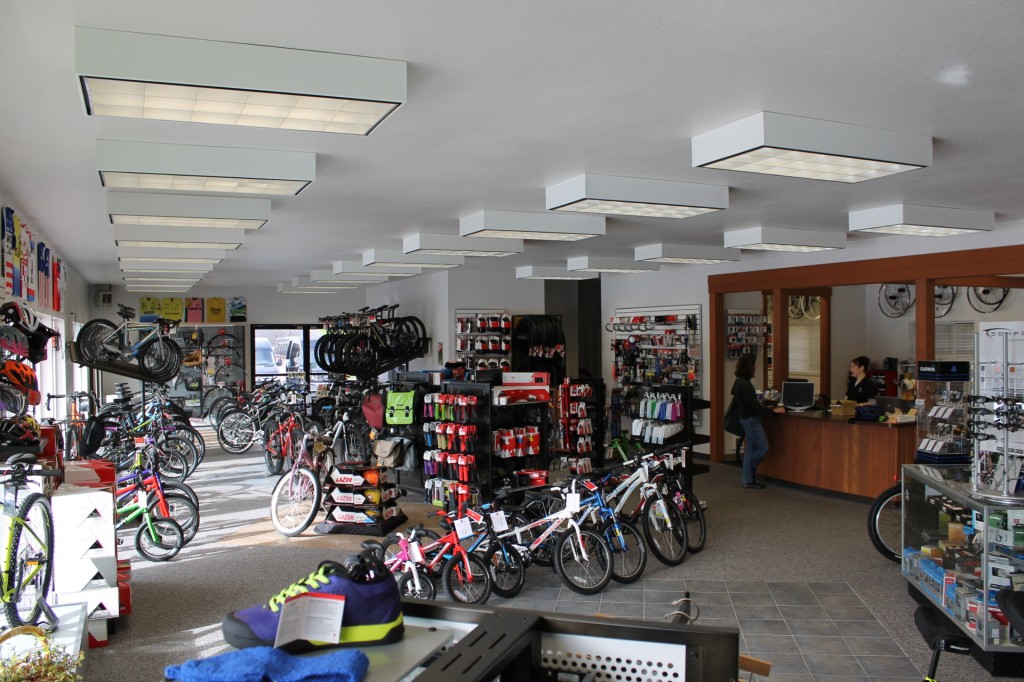 selling and maintaining bikes and talking to people about where to ride. His mission is apparent wandering through the shop. There is a wide selection of road bikes, mountain bikes, hybrids, cyclocross bikes, and even unicycles. He is the areas Specialized dealer, although other brands are found as well. An assortment of accessories such as seats, bells, water bottles, racks, and trailers are available as well as tools, parts, and apparel. There is also a section for disc golf enthusiasts with discs and copies of the course map at Bandon City Park.

For those visiting Bandon or trying out cycling, Karl also provides rental mountain and road bikes. They can be rented for a partial or whole day, multiple days, weekly, or monthly. 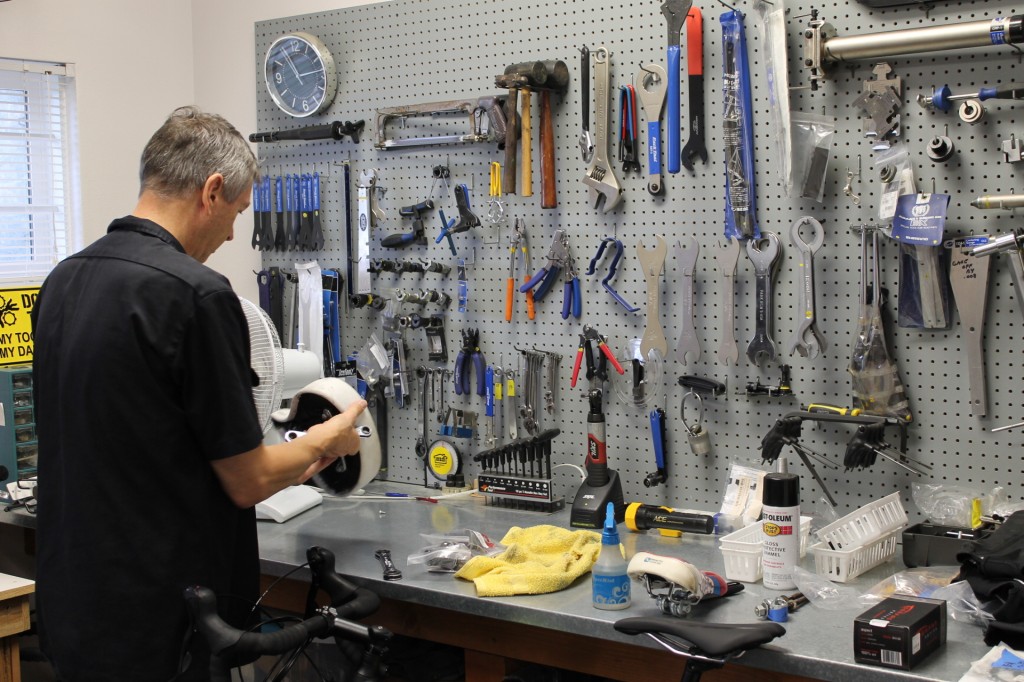 Much more than a man behind the cash register, Karl works hard to match bike buyers with the right bike, and when they have found the right one, makes sure that it is sized properly and is ready to ride. Also a talented mechanic, he is a master at diagnosing problems with bikes and figuring out how to resolve them. He also works in the community to promote bicycling through helping plan bike routes and parking in town.

Through South Coast Bicycles website, Facebook page and personal conversations, Karl also helps riders find places to ride. Although they are typically suspended during the darker months, he organizes group road rides one evening a week, and has a goal to organize and lead bike packing adventures in the wilderness. He has done these adventures himself, both on bicycles and dual-sport motorcycles, taking advantage of dispersed camping and wants to expose others to the greatness of the areas surrounding wilderness.

Karl also encourage riders in the greater area through helping with organizing and promoting events, planning bikeways, and advocating for infrastructure such as bike racks in Bandon to make biking safer and easier.

Karl Maxon cares a great deal for the South Coast community, its happiness, and health, and he has found a perfect niche in helping its people enjoy cycling as he has for so many years. 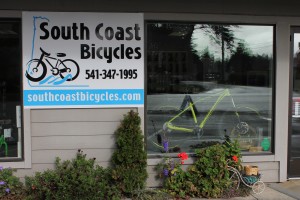