TheFace Rock Creamery may be a relatively new business, but it is part of an old and integral tradition in Bandon. Cheese has been an important part of the town's history since the 19th century; the industry even survived two major fires in 1914 and 1936 that destroyed much of the towns infrastructure and architecture. The Bandon Cheese Factory on Highway 101 was erected in 1937 after the last fire and produced a variety of cheeses. Residents and visitors enjoyed tours of the factory and its products for many years.

In 2000, the Bandon Cheese Factory was bought by Tillamook, and a few years later, the factory was closed and then destroyed. Residents mourned its loss, and it looked like Bandon cheese might be gone for good. In 2011, however, the urban renewal agency of Bandon purchased some of the land previously occupied by the old factory, and plans for the return of cheese were put in place. A partnership between the city and private investors formed, and Face Rock Creamery was born. 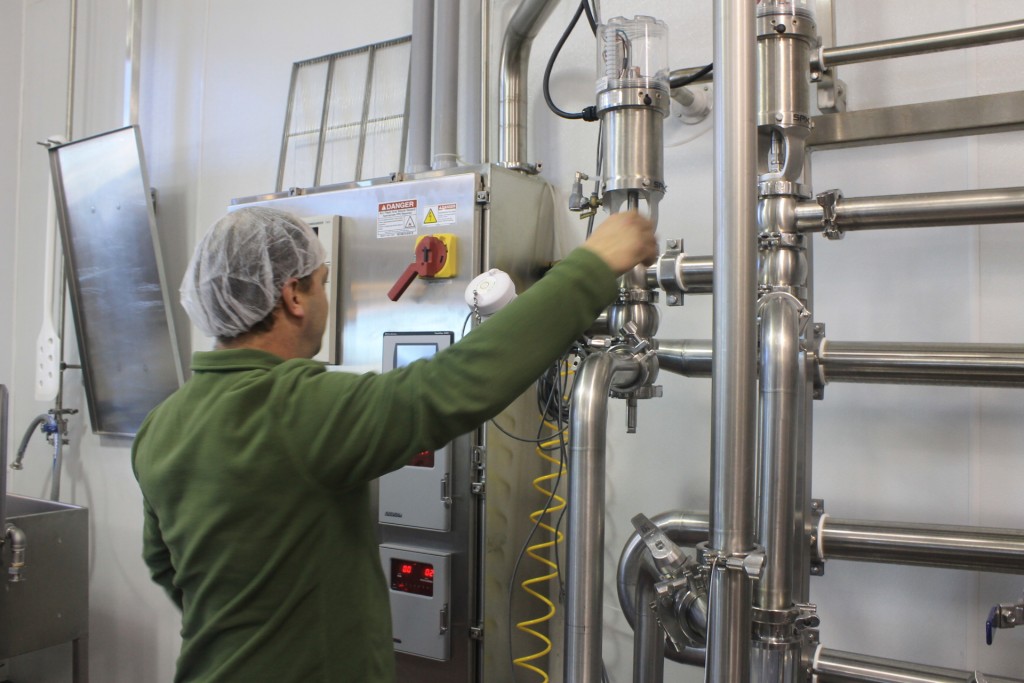 Of course a good cheese company needs a good cheese maker. Enter Brad Sinko. Or rather, reenter Brad Sinko. Born in Oregon and raised mainly in California, Brad attended university at the University of Nebraska, following his father, Joe Sinko, who had opened an ice cream plant in Omaha.After finishing school at Oregon State University with a degree in fishery science and a minor in microbiology, Brad came to Bandon where his parents were living, and after some time working for the Forest Service and doing some consulting for a fish biologist, he agreed to help his dad for a few days who, at the time owned the Bandon Cheese Factory. Brad had no idea how quickly he would get hooked, and he eventually ran the place himself.

When Tillamook bought the factory, Brad stayed on and ran it for them for a couple of years, but soon left. He was doing some consulting in Guatamala when Kurt Beecher Dammeier of Beechers Cheeses in Seattle contacted him and invited Brad to work for him as the head cheesemaker. Brad was flown to Seattle from Guatamala to meet with them and knew it was a done deal the minute he walked in the door. He was quickly hired and set to designing their floors and organizing all of the complicated equipment (which he later did at Beechers location in New York City as well). He invented their Flagship cheese, a very specialized cheddar made with a unique culture and process, and won several national awards while there. 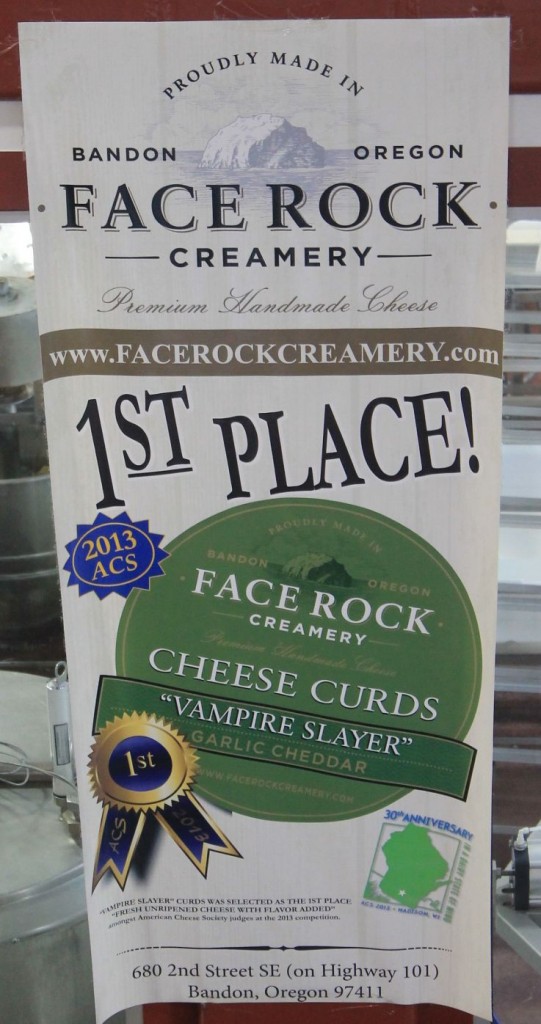 In the meantime, Greg Drobot came to and fell in love with our fair town of Bandon and decided to revive Bandons cheese tradition by opening the Face Rock Creamery. Naturally, he consulted with Joe Sinko. Joe encouraged Greg to make Brad an offer to bring him back to Bandon. Greg was skeptical that Brad would come but made the offer, and Brad, seeing the opportunity to be back in Bandon among family, work with someone like Greg who was excited and interested in the cheesemaking, and be part of an exciting startup where he would have freedom to invent creative artisan cheeses, took it. He came down with his wife Sarah and their son Max and made Bandon their home. Together, Brad, Greg, and vice president Daniel Graham opened the doors of the Face Rock Creamery in the spring of 2013.

The Face Rock Creamery was built on the site of the old Bandon Cheese Factory, and Bandon residents were ecstatic to see the rebirth of Bandon cheese. It was a godsend, Brad says. You could see a new little skip in peoples steps around here.

Greg, Daniel, and Brad work exceptionally well together. At Beechers, Brad saw the owner on the floor only once in ten years. Greg, however, is often on the floor and has helped make cheese on several occasions. He and Daniel had a steep learning curve, learning a great deal about cheese making in a short period of time. 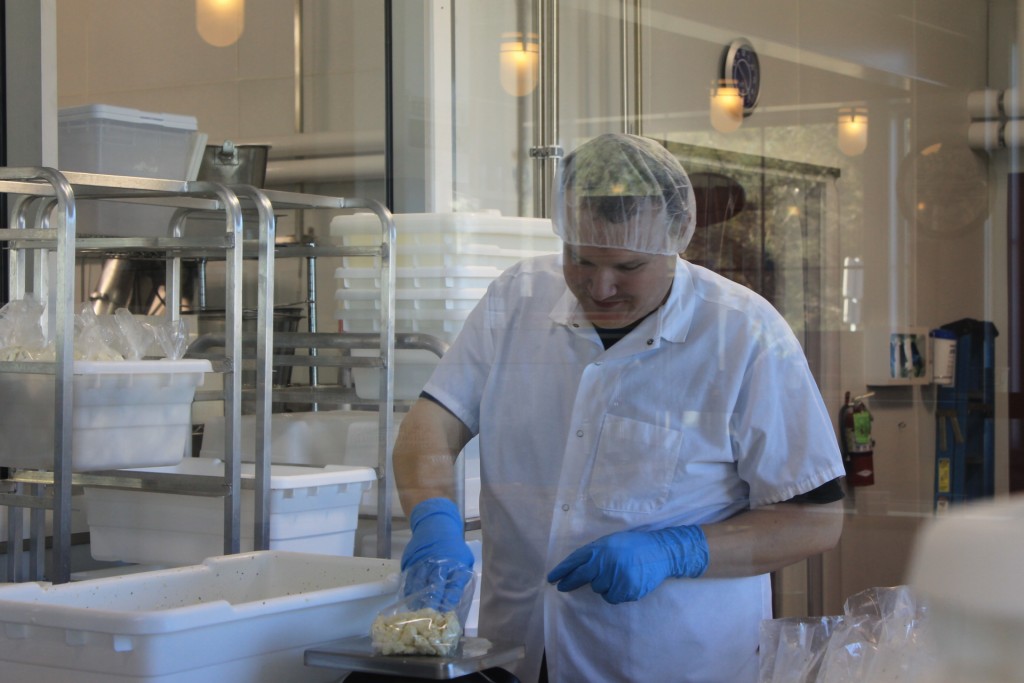 As a result of this dynamic team, an incredibly talented master cheese maker, a caring cheese making team, and the support of the community, Face Rock Creamery has had a very successful first 21 months. In their first year, the Creamery won an award for their Vampire Slayer garlic cheddar cheese, and in the second for the In Your Face curds. They produced 250,000 pounds of cheese in the first year, over double what Beechers produced in their first year. They are in 900 stores in five states, and there are courses taught at Utah State University on the adjunct culture addition to cheddars that Brad pioneered.

Brad is very proud of the local sourcing and ultimate recycling that happens with his cheese making. Good cheese has to come from good milk, and he found that at one of the few remaining dairies in Coquille. Having worked with dairy products for much of hislife, he has seen the conditions of many huge dairy operations and has been appalled, so he was happy to find a local dairy with truly happy cows. After as much whey as possible has been removed from the curds, it goes on a truckand returns to the dairy and fed back to the cows. 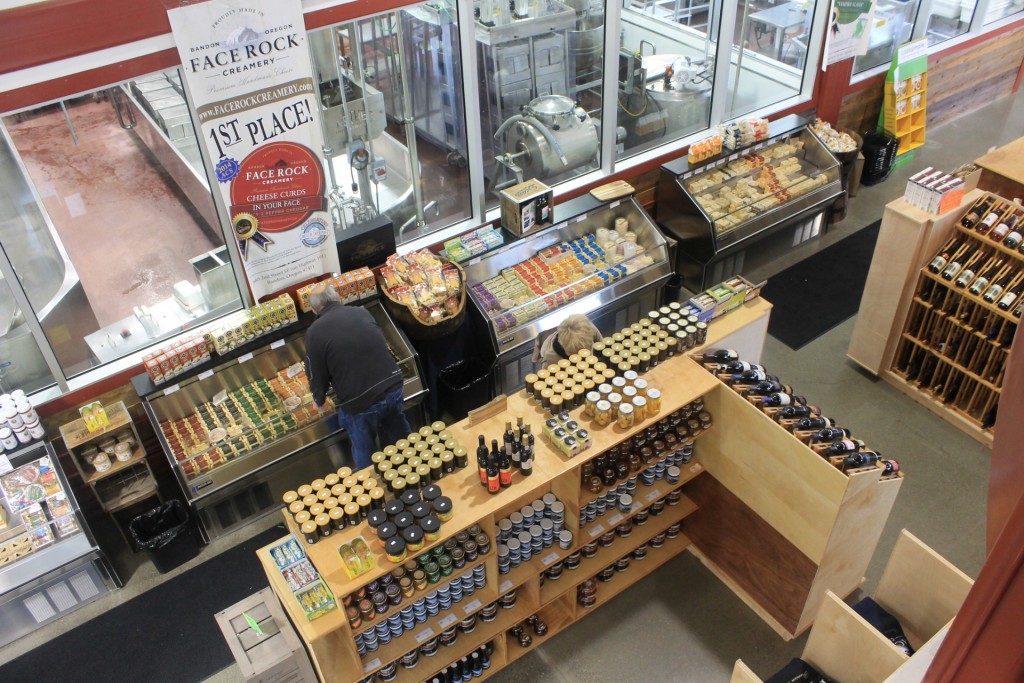 Visitors invited onto the floor are in for a treat, as long as they dont mind signing in, donning a hairnet, and stepping through sanitizing foam on the floor as they walk in, food safety being number one at the Face Rock Creamery. From the raw milk tank to the all-important pasteurizer, all of the machines used in the process are carefully designed and chosen to make a safe and quality product, and the team making the cheese work together carefully and efficiently. The large windows from the retail store onto the cheese making floor encourage visitors to observe the process, and its an experience everyone should have at some point in their lives.

In the retail side of the Creamery, visitors can enjoy a variety of treats while watching the team make Face Rock cheese. There are samples galore of cheese and curds, a beer and wine bar where staff can suggest cheese pairing, and Umpqua ice cream being scooped with a "child sized" cone large enough to make any child's (or adult's, for that matter) eyes pop. A large selection of Face Rock Creamerycheeses is available for purchase as well as local products such as jams and cranberry wine, glassware, apparel, kitchen accessories and gifts. Up the stairs, above the shop, is a lovely view of the Coquille River, the lighthouse and the jetty. 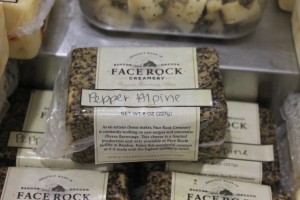 The Cremerys amazing cheeses include 10 flavors of ceddar (including the award winning Vampire Slayer), curds, fromage blanc, and Monterey Jack. The cheese is also available in several retail locations including Fred Meyer, New Seasons, Market of Choice and Safewayas well as dozens of independent stores, markets and restaurants. You can also find them at the local markets in Bandon as well as the Eugene Saturday Market and the Coos Bay Farmers Market, and they also offer their products at the Cape Blanco Music Festival and other special events. Products are also available online. 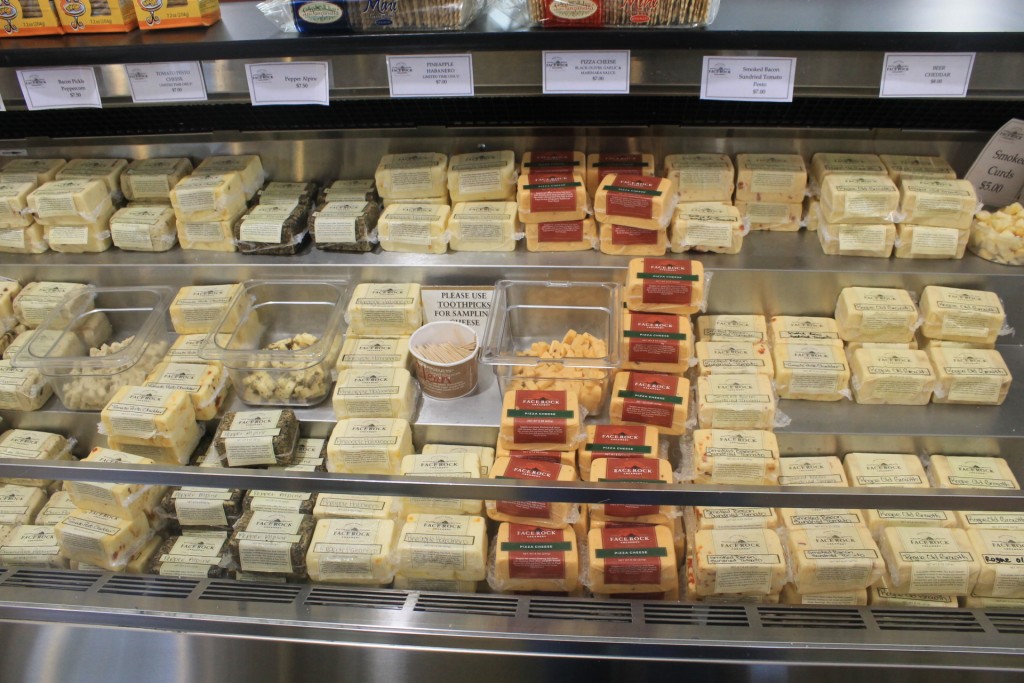 Brad Sinko, Greg Drobot, and Daniel Graham are the dynamic team that brought cheese back to Bandon and make Face Rock Creamery happen, and they have much to be proud of.Its not alchemy nor magic that changes raw milk to delicious cheddar, Monterey Jack, curds and fromage blanc, its the quality of the milk, the precision of the machines, attention to food safety, and the talent of the humans that brings us the cheese we so quickly fall in love with. 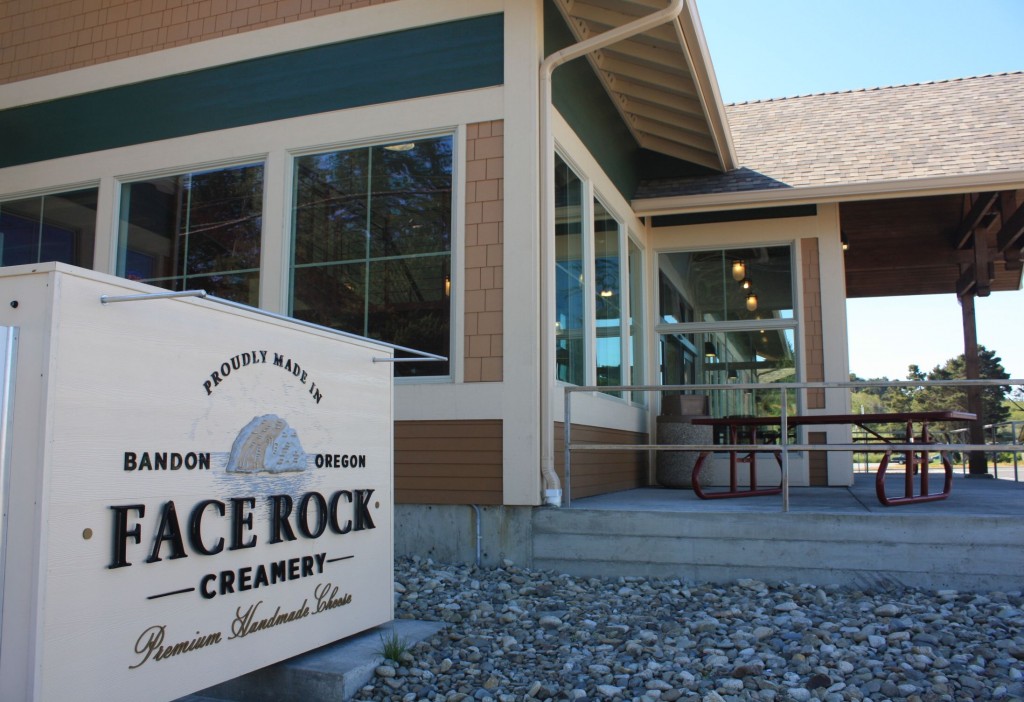