Each year, locals of and regular visitors look forward to the celebration of the4th of July in Bandon, and for those who were new to the event this year were happily surprised by the lineup of fun and exciting activities that lasted all day and into the night. The day and people's moods were bright and sunny from the beginning of the parade until sundown when the fireworks started. There was never a dull moment in Bandon yesterday! 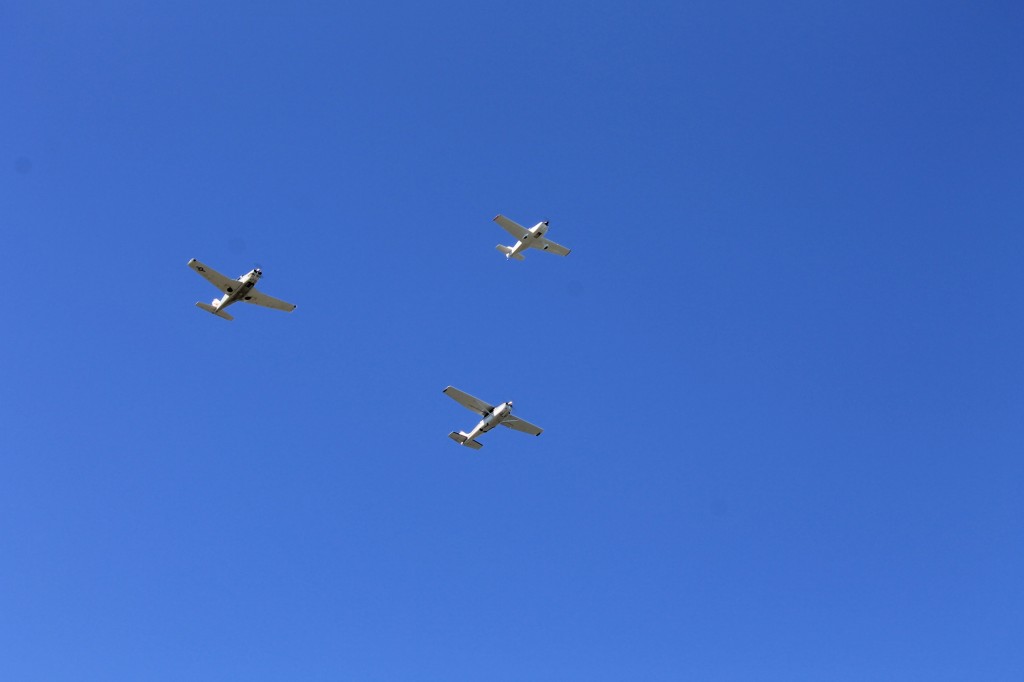 The day started with the Bandon Aero Club's fly-over. Four planes flew in formation over festively dressed crowds waiting for the start of the parade, and they were seen from all over town. The parade, which never fails to disappoint, began a bit after 10:00 and entertained the thousands of people lining the streets with floats, music, classic cars, horses, bicycles, clowns, and more. Cranberry Queen Darby Underdown and her court were featured among the participantsas well as the Boy Scouts and Bandon's All-Star youth baseball team.

Perhaps the most colorful and giggle-inspiring was the clowns representing the Bandon Pool and their bright yellow Morris Mini convertible. 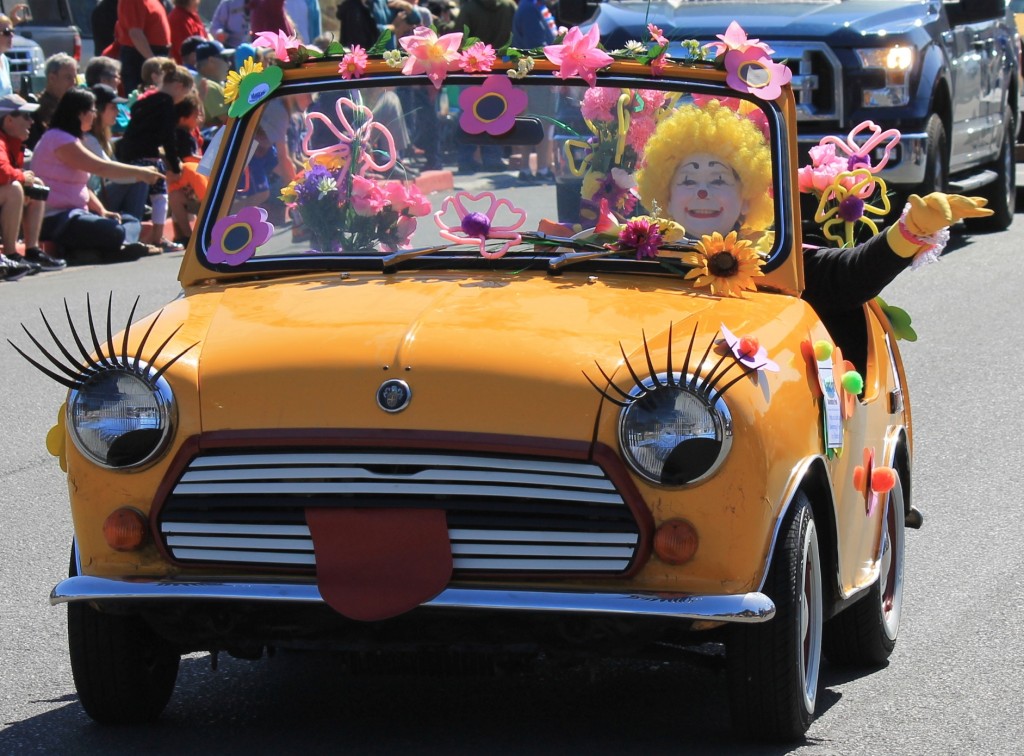 From the parade, folks headed to the Old Town Marketplace to shop for fresh blueberries and cherries, beautiful and patriotic cupcakes, cheesecake, and many arts and crafts items before heading to the park for the Lions Club Old fashioned 4thof July Barbecue. 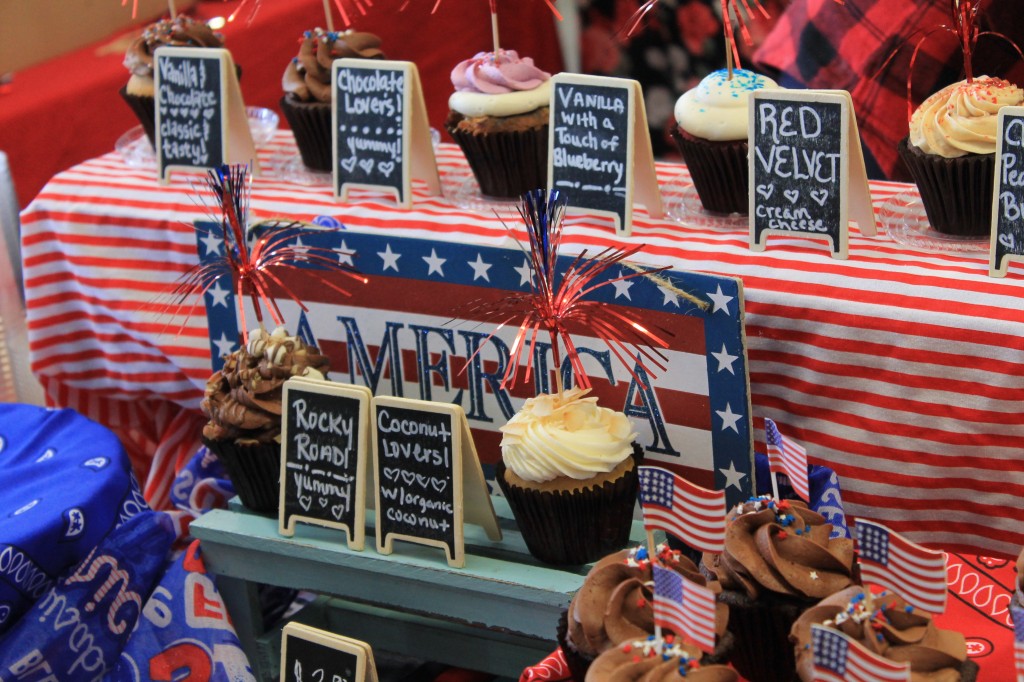 Pulled pork sandwiches, hot dogs, and gourmet pies were available to buy, and vendors were set up on the perimeter for browsing and souvenir buying. 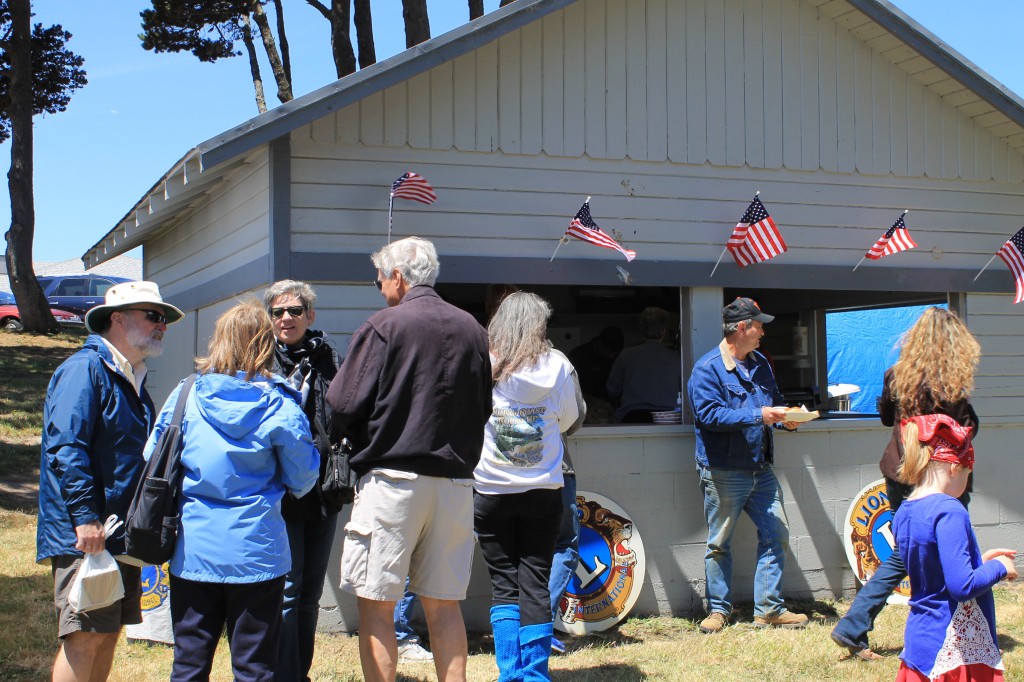 The Bandon Pool's booth raised money with a penny toss, a bouncy castle entertained the kids, and an Elvis impersonator entertained everyone as they ate, socialized, and even danced. 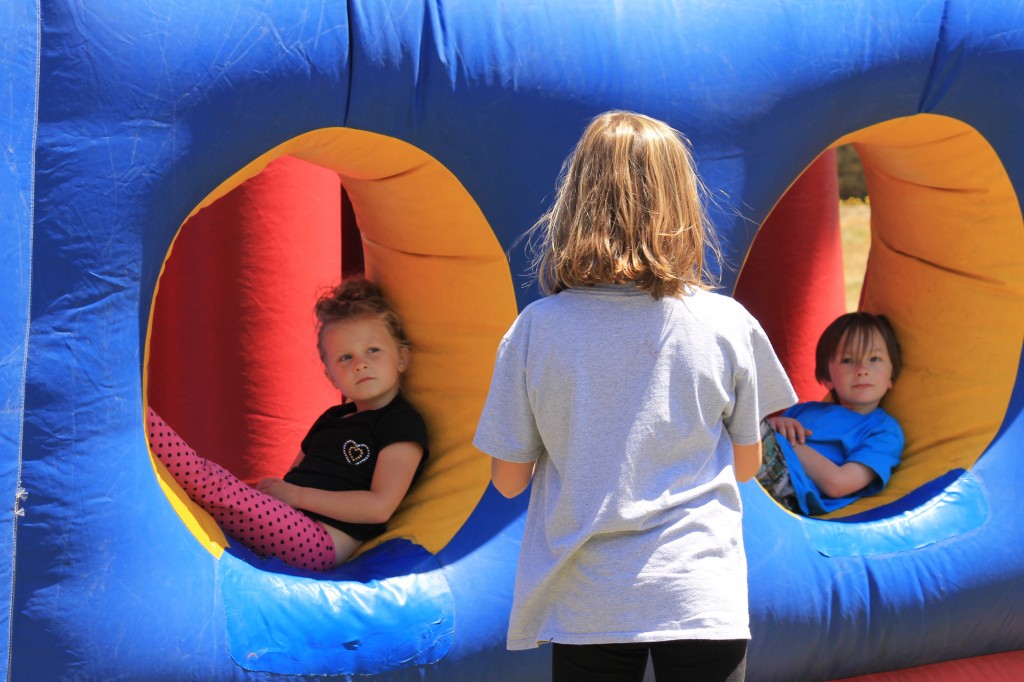 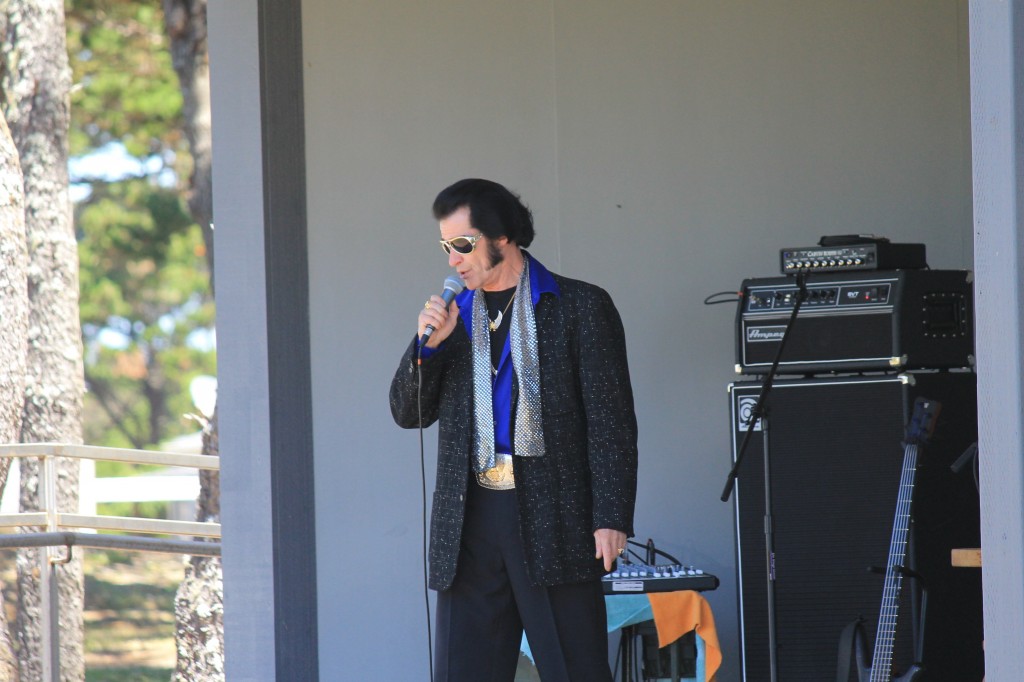 A journey back to the Marketplace was next to enjoy pizza, organic tacos, and beverages while listening to an afternoon of live music in the first "Lighthouse Sessions." 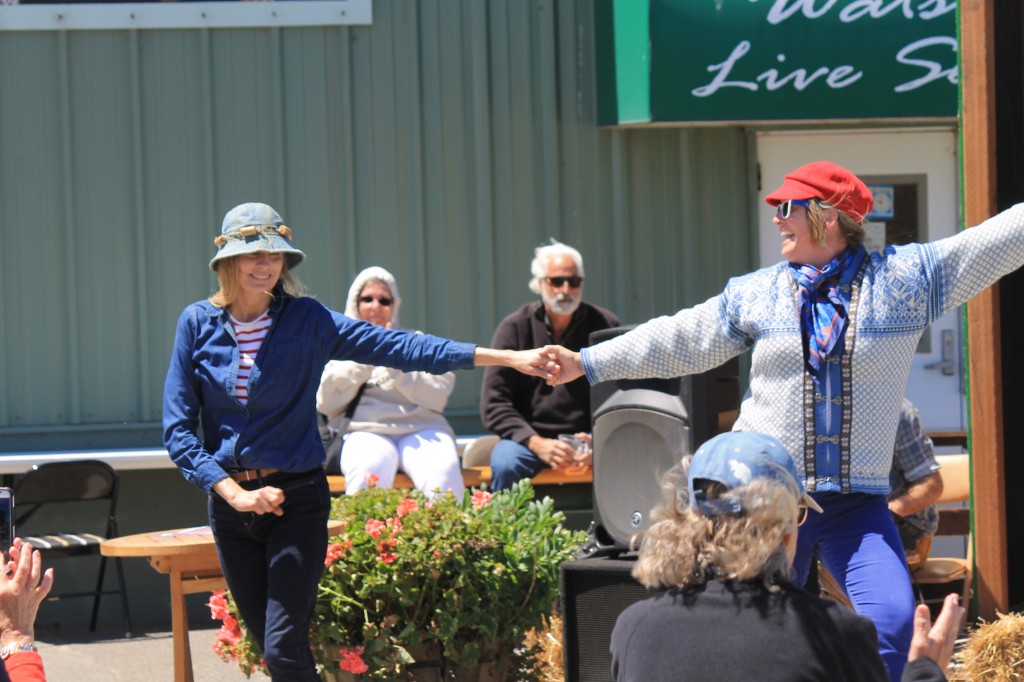 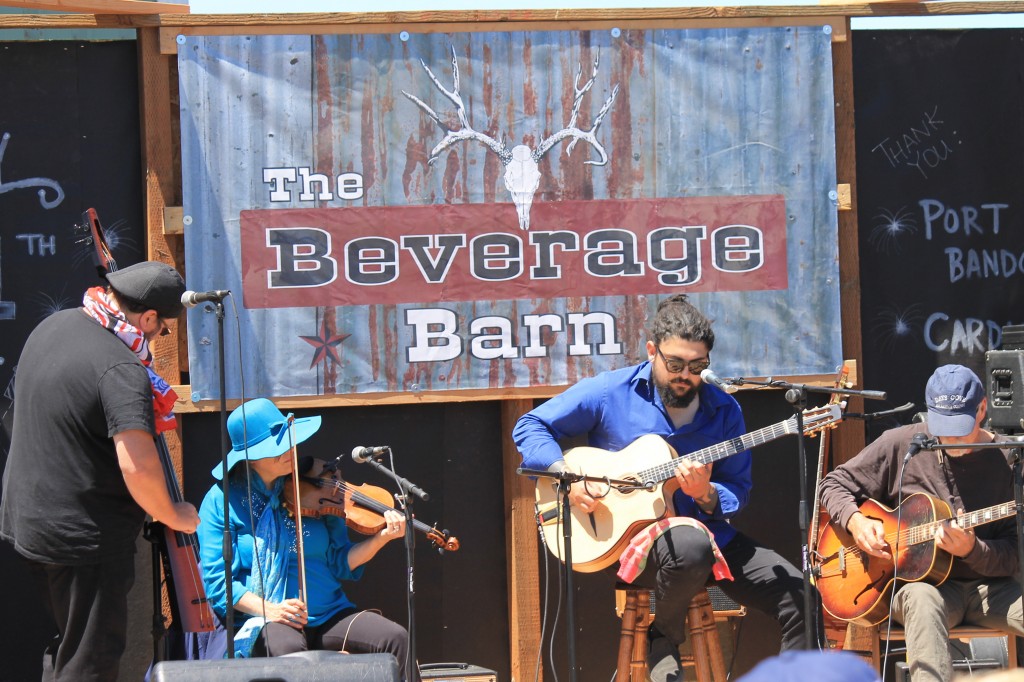 At 3:00, the 2nd annual cardboard races began. Last year only 4 boats participated in the event, but it was clear even then that it would catch on. This year, about 15 people were involved, and there were several heats to accommodate them all. 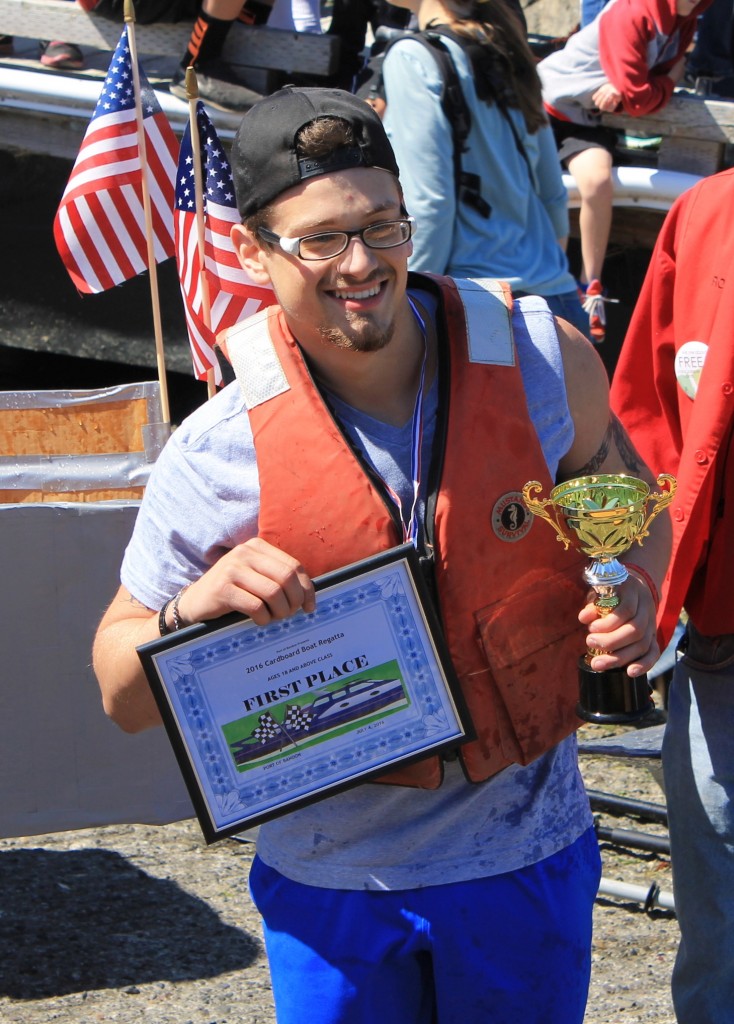 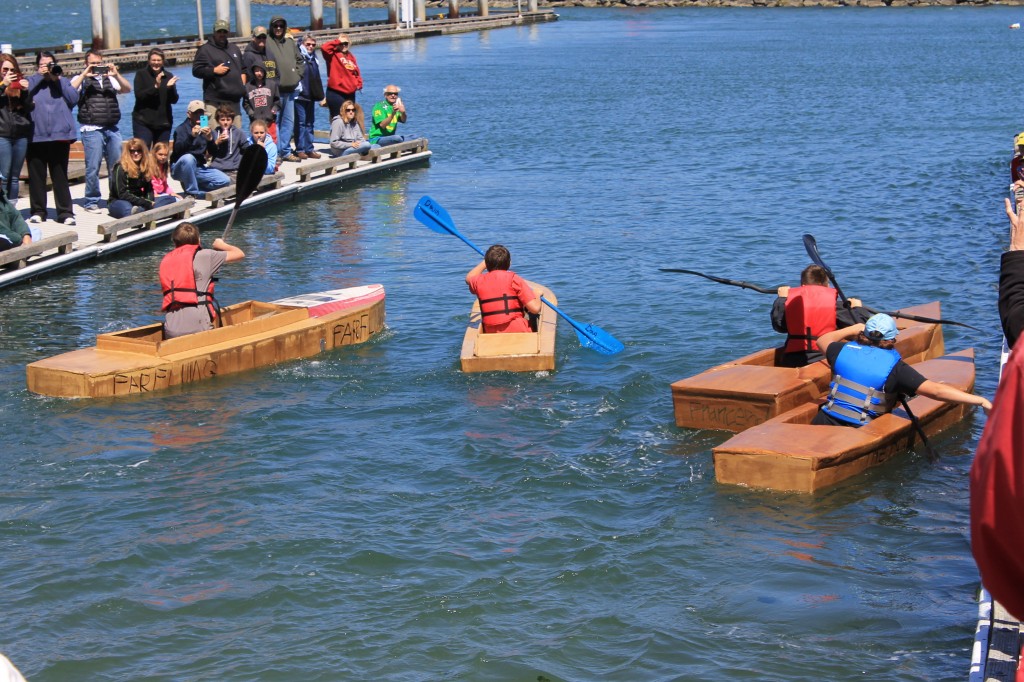 The boat ramp and boardwalk were lined with spectators who enjoyed the comic splashes, the creative boats, and the competition. Racers paddled through the boat ramp and around a buoy and had to face challenging winds, but they stayed in good spirits. This is sure to be a permanent part of the 4th of July activities. 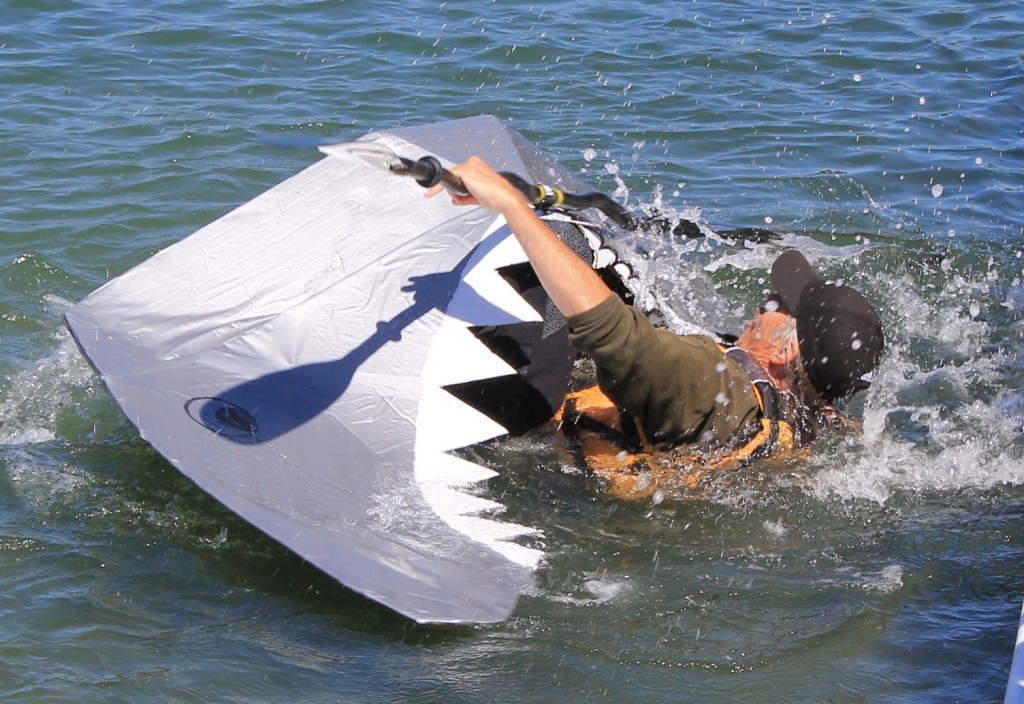 Apple pie was available on the boardwalk throughout the afternoon and in the evening as well as a fundraiser for the Greater Bandon Association. What 4th of July celebration would be complete without it?

From 5-7:30, the Greater Bandon Association held a special night's version of the monthly Alive After Five and Wine Walk. Maps and glasses were available for those who wanted to taste wine, and shops were open late. The next Alive After Five will be August 5.

Topping off the day was the grand fireworks display over the Coquille River. Folks gathered at various vantage points around town to watch the red, white, and blue fireworks, and as usual, they did not disappoint.

It seems impossible, but Bandon's 4th of July celebration just keeps getting better and better. It seems a long time to wait until next year's! 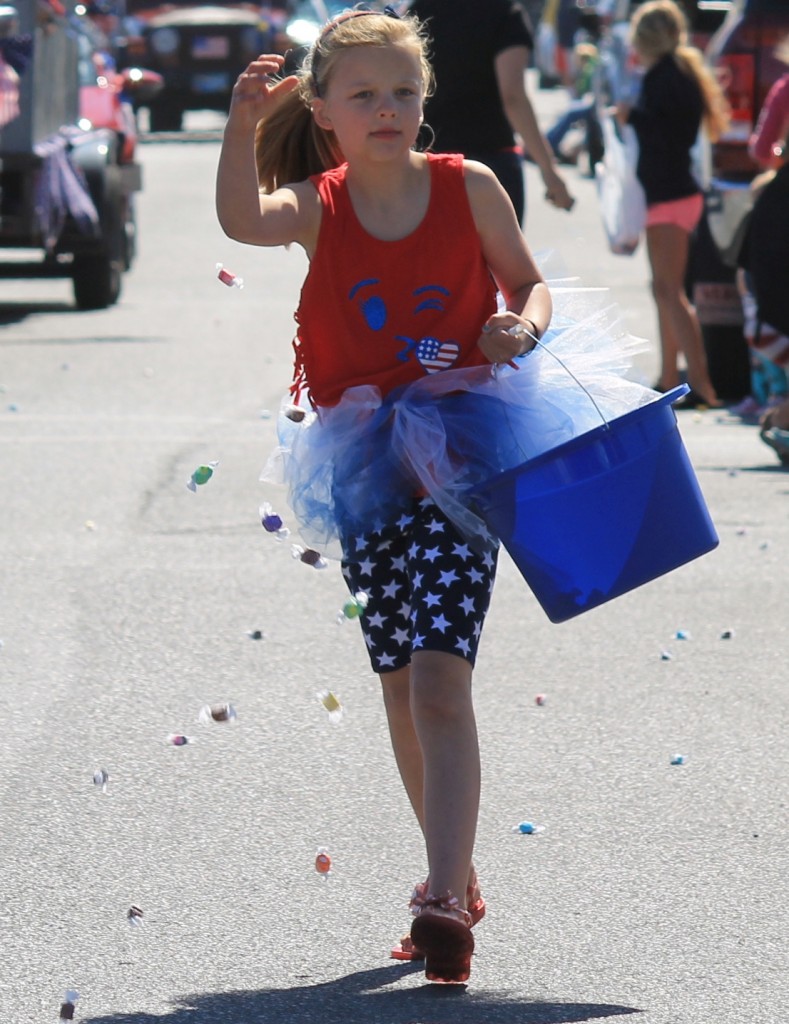