The first time I visited Bandon, I saw the Coquille River Lighthouse from the boardwalk in Old Town and wanted to see it. We only had a short time before we had to leave, so we drove in the general direction of the lighthouse, and drove around enough for me to come to a conclusion: spoken with a heavy Maine dialect in my head, You cant get there from here.

It only took one more visit for us to realize that, although the lighthouse looks tantalizingly close from town, one must drive north out of town, over Bullards 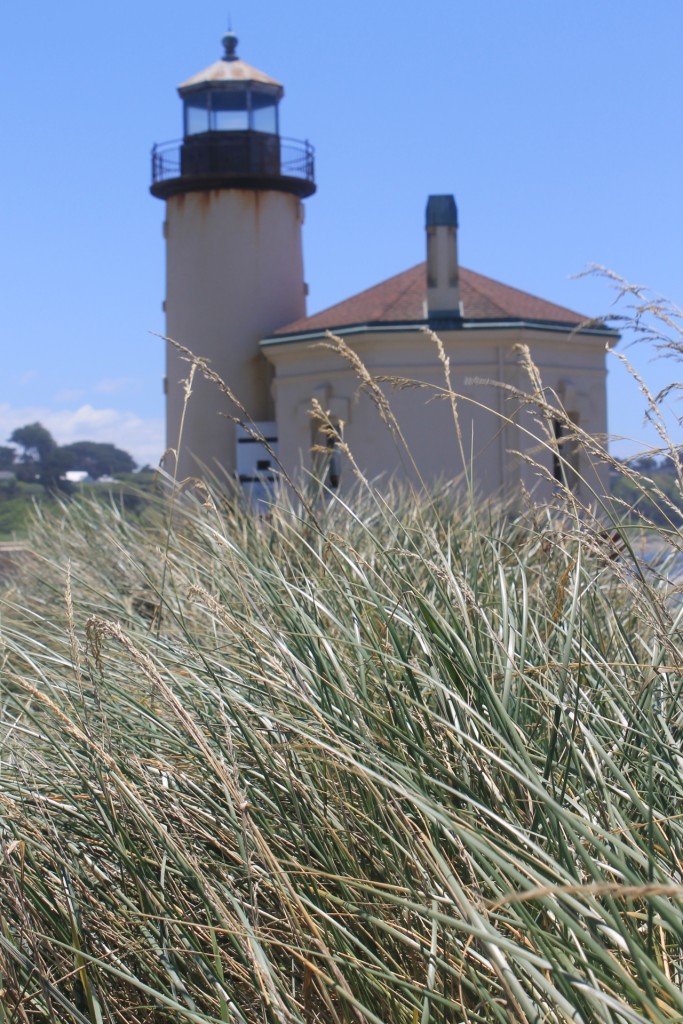 Bridge that spans the Coquille River, and intoBullards Beach State Park. The journey doesnt stop there, however. To visit the lighthouse, one must keep following signs and driving through the park another 3 miles, much of which is 15 mph.

The journey is well worth the effort, however. The drive itself winds through the state park, rewarding drivers with views of the river and the general prettiness of the grasses and trees. At the end of the road stands the relatively small lighthouse against a backdrop of the Coquille River, the South Jetty, and the Pacific Ocean.

This relatively small lighthouse served a big and important purpose. In the 19th century, ships hoping to enter the Coquille River from the ocean had to deal with dangerous shifting sandbars to reach the Bandon harbor. A jetty was built in 1880 which created a clear channel, and the ship traffic into the harbor increased. The need for a lighthouse quickly arose, and after several years of planning and construction, it was first lit in February, 1896. 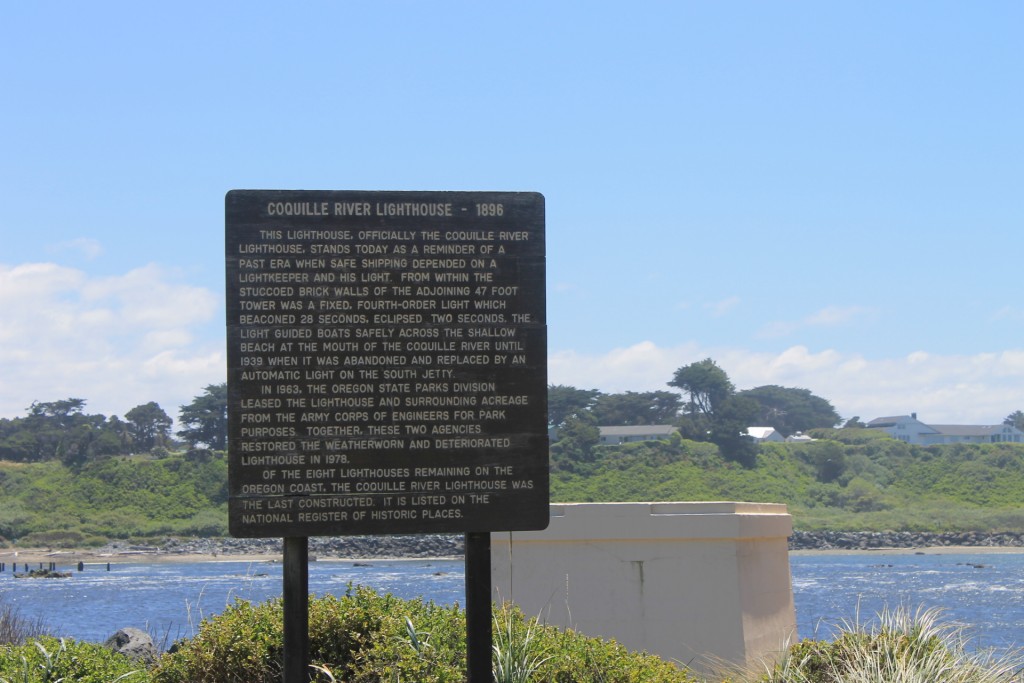 For 43 years, the lighthouse guided ships safely into the river, but after a 1936 fire destroyed most of the town, shipping declined sharply, and the town was bankrupt. The lighthouse was closed in 1939 and replaced by an automated light on the south side of the river. The abandoned building was left to deteriorate for many years, but restoration began in 1976 and continued well into the 21st century.

Before going in to see the lighthouse yourself, take a moment to stand and consider the building. The lower octagonal portion was devoted to the functioning of the fog horn which sounded about every 30 seconds during times of heavy fog. Underneath, a coal furnace heated a boiler that provided steam to work the horn. The tower, 40 feet high and topped with a lightening rod, contained the lamp and lens that once signified to ships approaching in night or fog the entrance of the Coquille River. Look to your right, and imagine a walkway that led to a duplex that housed the lightkeeper and his family on one side and the assistant lightkeeper and his family on the other.

Paid $800 a year, the lightkeeper was appointed by the government, and the only prerequisites were acceptable reading and physical abilities. Life could feel somewhat isolated at times, but the duplex was furnished with a library of 40 rotating books, and as the Coquille River Lighthouse was close to town, one lightkeepers wife could row their children to school and shop for supplies fairly easily. Keeping the lighthouse clean and in working order kept the lightkeeper quite busy. A long list of instructions, found on the wall of the lighthouse today, detailed his responsibilities and included polishing the brass for white glove inspections that could happen at any time. It was such a chore, that one keeper penned a poementitled "It's Brasswork: The Light-Keeper's Lament"about it in the late 1800s.

"Oh, what is the bane of a lightkeepers life, That causes him worry and struggles and strife, That makes him use cuss words and beat on his wife? Its Brasswork...

I dig, scrub and polish, and work with a might, And just when I get it all shining and bright, In comes the fog like a thief in the night. Goodbye Brasswork." 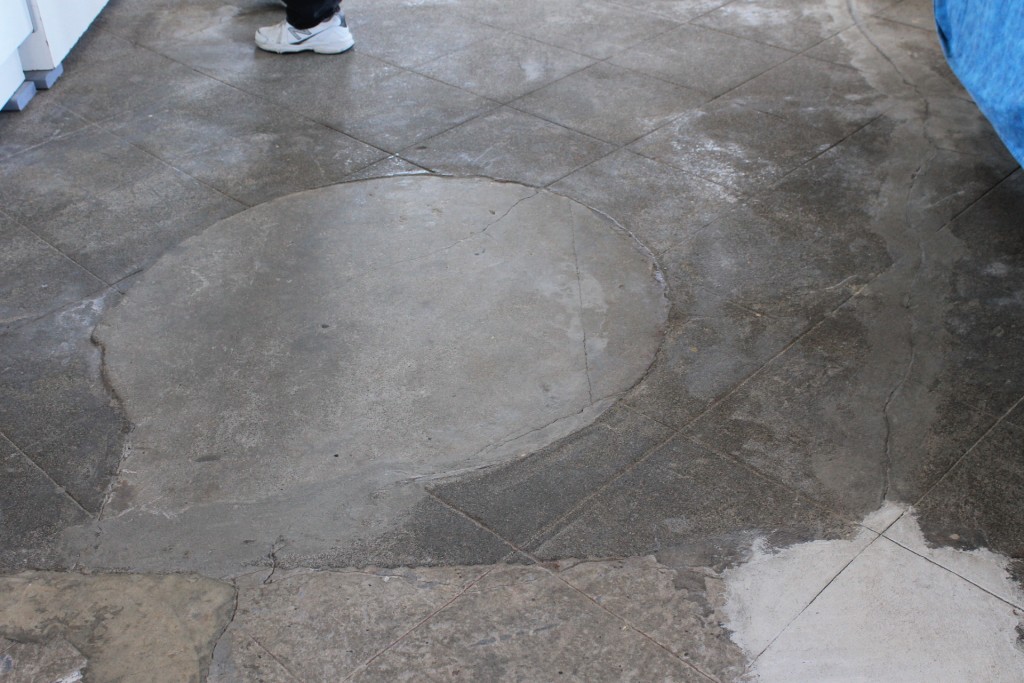 Inside the lighthouse, take a look at the photos and posters telling the story of the construction and use of the lighthouse, descriptions of life as a lightkeeper, and an historical timeline of events. A patched hole in the floor shows where the coal furnace and boiler for the fog horn were, and also visible is a patched hole where the horn went through the wall to the outside. There are lighthouse- and Bandon-themed gifts are available, and of course, knowledgeable and friendly Oregon State Park volunteers are there to help visitors become oriented to the history and function of the lighthouse. 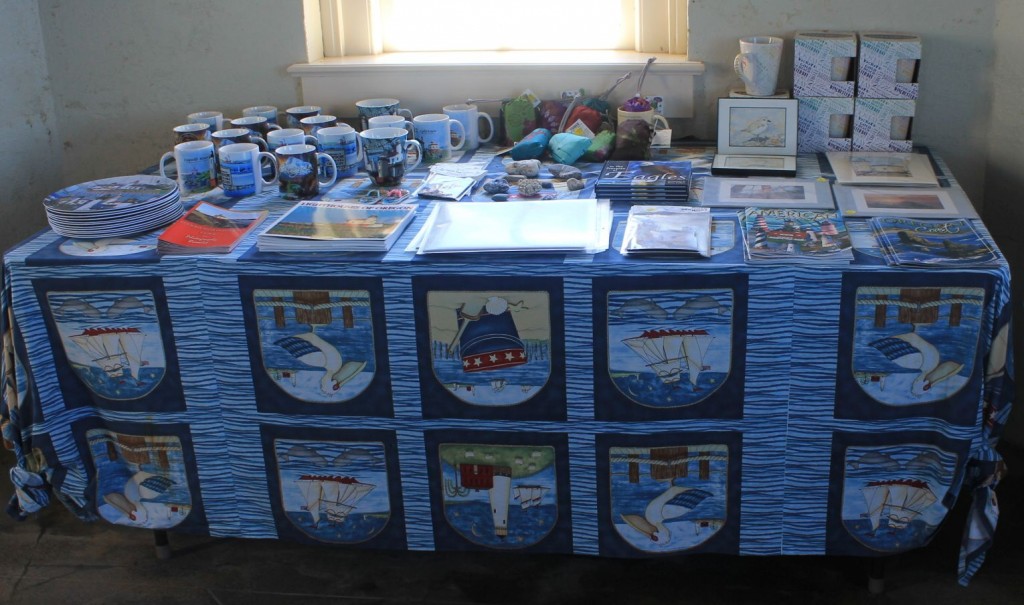 Before getting back to your car, if it isnt too windy, walk out to the end of the North Jetty for a unique Bandon view. Looking east, you will see the lighthouse and up the Coquille River, and you can imagine sailors in the early 20th century, relieved to have seen the light and pass safely into the river. Looking south, you 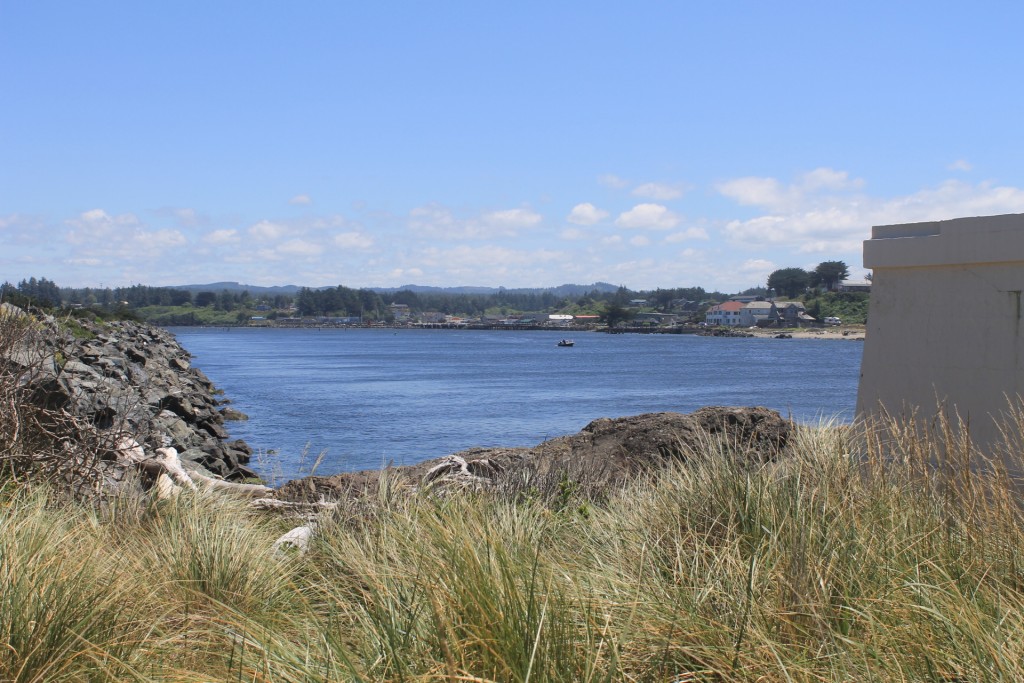 will see the end of the rocky South Jetty, too dangerous to walk to the end of. Looking down during a low tide, it's said that one can see the wheels of a train car that was used during the jetty's construction and driven off the edge when the jetty was completed. To the north, you can see the long uninterrupted stretch of Bullards Beach and think that just a few miles up that beach is the world-famous Bandon Dunes golf course. And, don't forget to take your time gazing west atthe vast Pacific Ocean.