The Bandon water treatment plant was open to the public Saturday with food, treats, beverages, and games for the kids. The event was an opportunity for Bandon residents to learn about the sources of their water as well as the process the water goes through to make it safe for drinking. 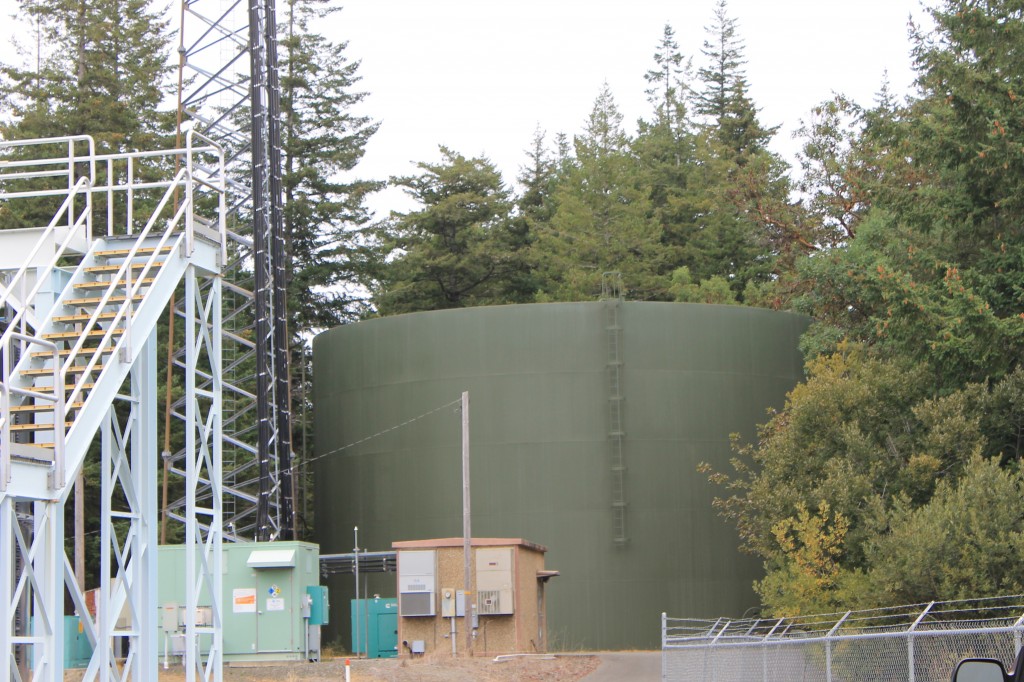 Although the tanks and buildings that make up the treatment plant are industrial and unattractive (as is the cell phone tower on the property), the plant's setting is beautiful. Located on Fish Hatchery Road off of Highway 42S, the Bandon water treatment plant compound is surrounded by tall Douglas Fir trees that soften the utilitarian feel and add color to an otherwise gray environment. Deep in the trees are reservoirs, ponds, and creeks that are critical parts of the Bandonwater supply. 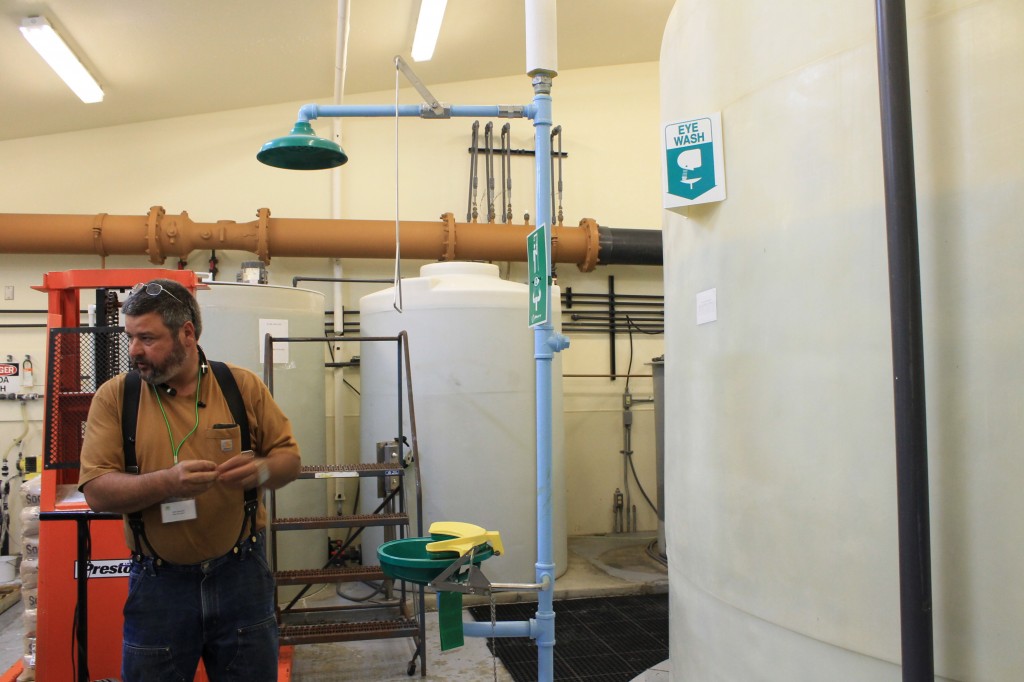 Saturday's regular tours, led by employees of the plant, focused primarily on Bandon's drinking water instead of its waste water. Tours took visitors through the water's journey from creek to tap. Bandon's water starts in Ferry and Geiger Creeks and is pumped into Middle Pond. From there, the water goes to the facility building of the plant wherecoagulants and flocculants are added. These chemicals are used to remove solids from and clarify the water. Once the solids are removed, the water is filtered, treated, clarified and tested to make sure it is safe for drinking. At that point, the water is pumped into one of two storage tanks. Together, the capacity of these two tanks is 3 million gallons.

Other plant employees were on hand to answer questions about Bandon water's journey as well as necessary maintenance and future plans for the water plant. 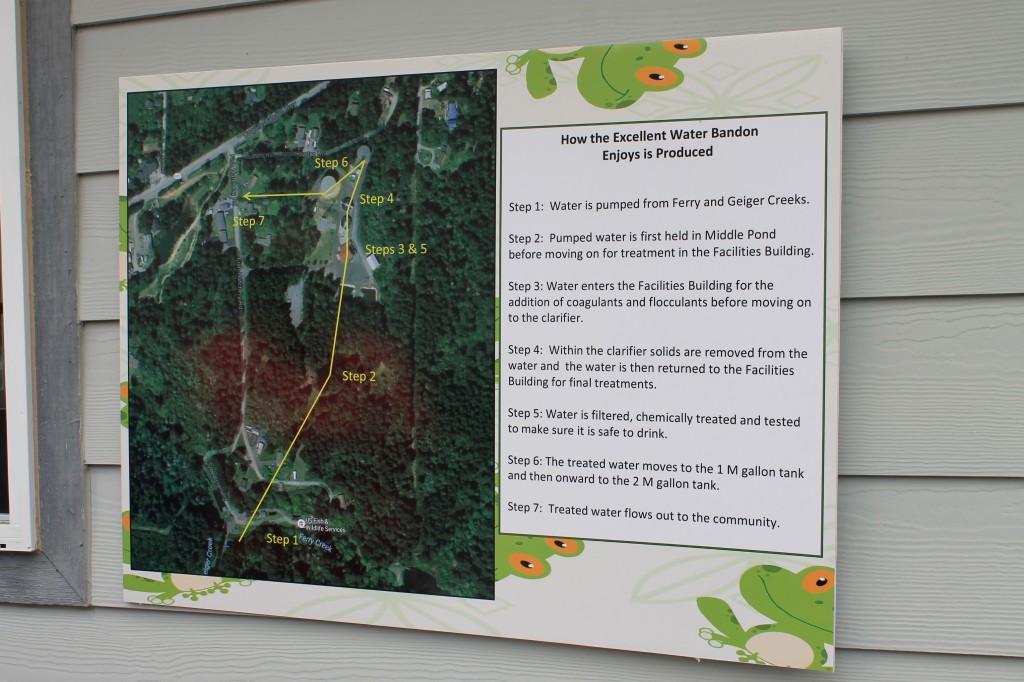 To anyone paying even a little bit of attention, it was quickly apparent that the city and the good folks who work at the Bandon water treatment plant had a common motivation for inviting the public to Saturday's event. November's ballot will include a ballot measure that will increase funding for water treatment and distribution; $10 a month would be added to residential and $20 added to commercial customers' bills. Bandon's water rates are the cheapest around, so this increase would make our rates start looking more like those of the surrounding communities. After the tour and speaking with other plant employees on hand to answer questions about Bandon's water, the reasons for the proposed increase became clear. 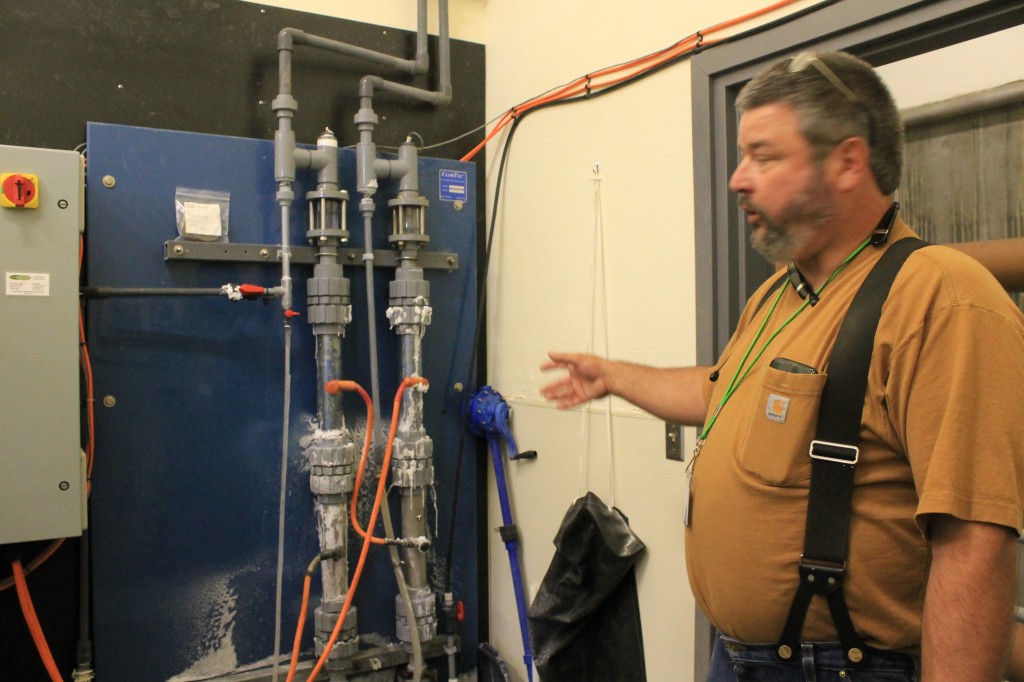 Bandon is fairly lucky to have the water system it does. The water from the creeks tastes great, and minimal pumping is needed. At approximately 100 feet in elevation, the water treatment plant is at one of the highest spots in Bandon, so it is gravity fed to the businesses and residences in town. According to the city and the plant, however, there are some serious problems with the current system and its funding. 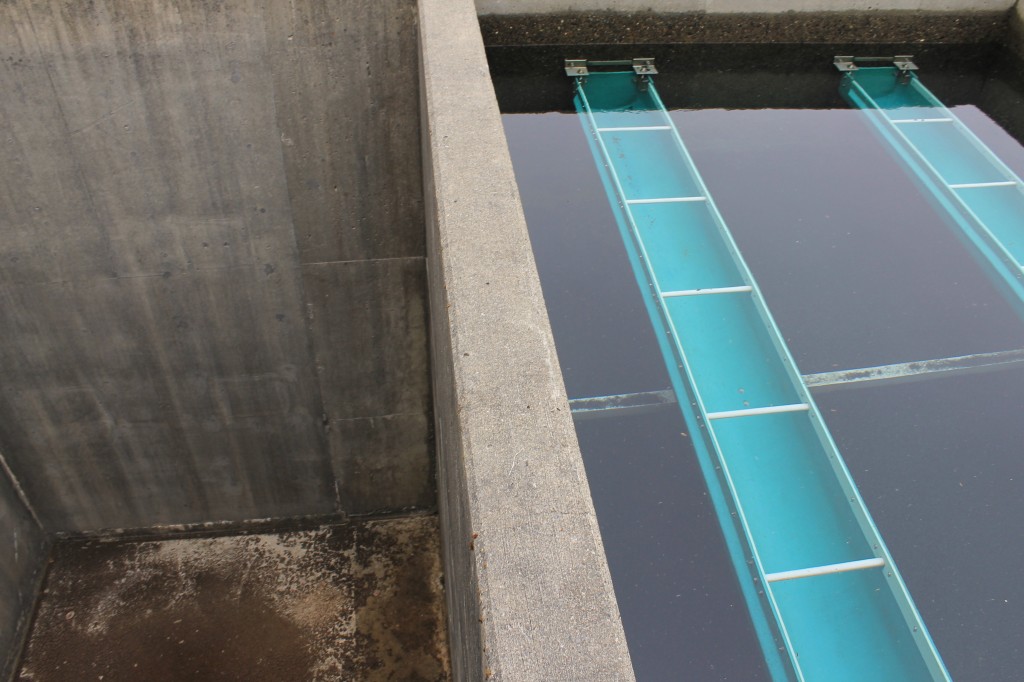 There are many moving parts that comprise the water's journey to our taps. Pumps, tanks, impellers, chemicals, minerals, filters, motors, and more are critical to cleaning our water. Each one of those parts can break and/or need updating or replenishing (some are already in need of replacing), and the city and plant are clearly telling the public that with our current rates, there isn't enough in the budget to keep it going. This is a result of regular day-to-day operations as well as emergencies. A significant earthquake, for example, would crumble the pipes delivering water to homes and businesses and would damage or destroy some of the tanks. 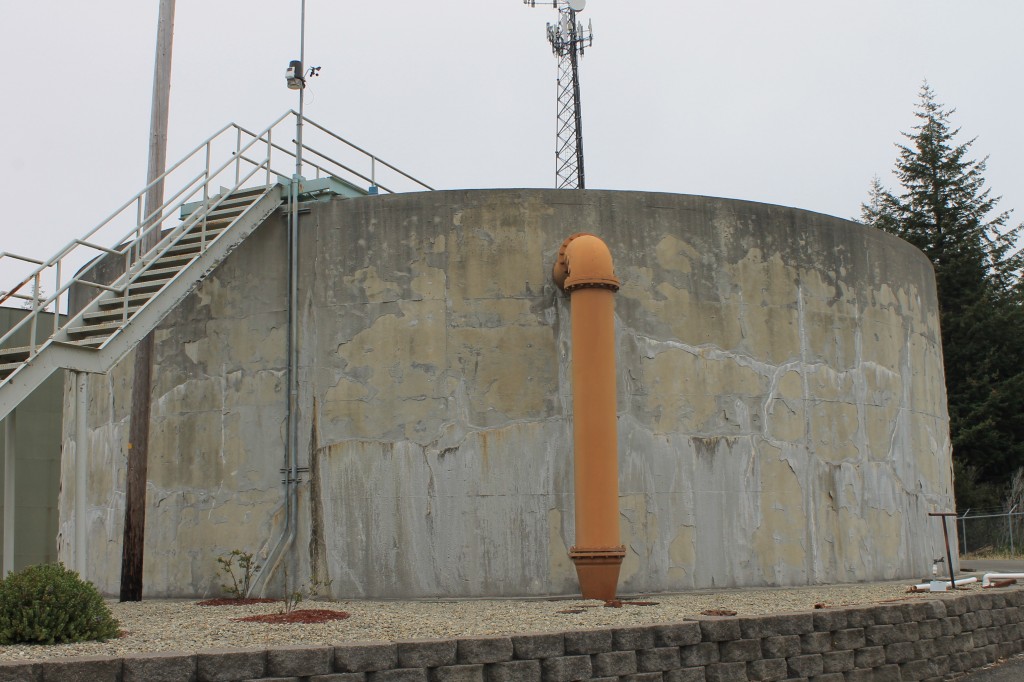 If there was a major disruption to the water plant's infrastructure and it was unable to process our drinking water, the 3 million gallons stored in the two tanks would not last as long as we'd think. The plant's employees explain that Bandon residents and businesses use 750,000 to one million gallons a day. That means that in an emergency, our stored water would last 3-4 days with our current habits. 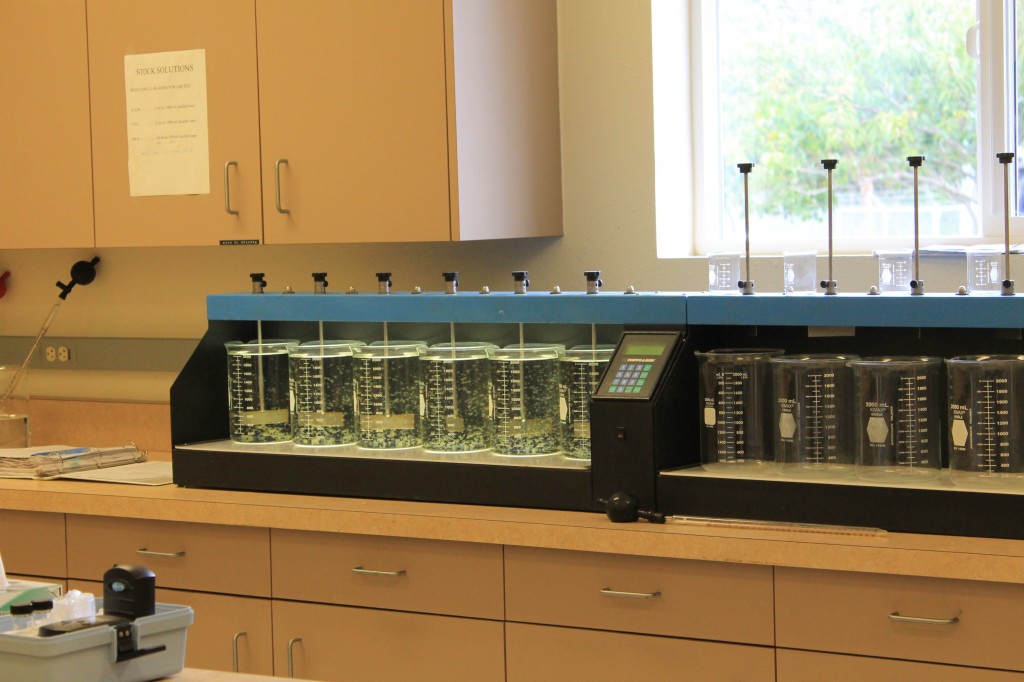 One way to prevent such a disaster is to have a larger budget for maintaining and replacing worn out or outdated equipment. The city also has plans for a new reservoir that would hold over 32 million gallons, but that doesn't come free. The estimated cost is over $7 million. Grant money is available to cover about 75% of the cost, but the grant money can only be awarded if rates are increased. 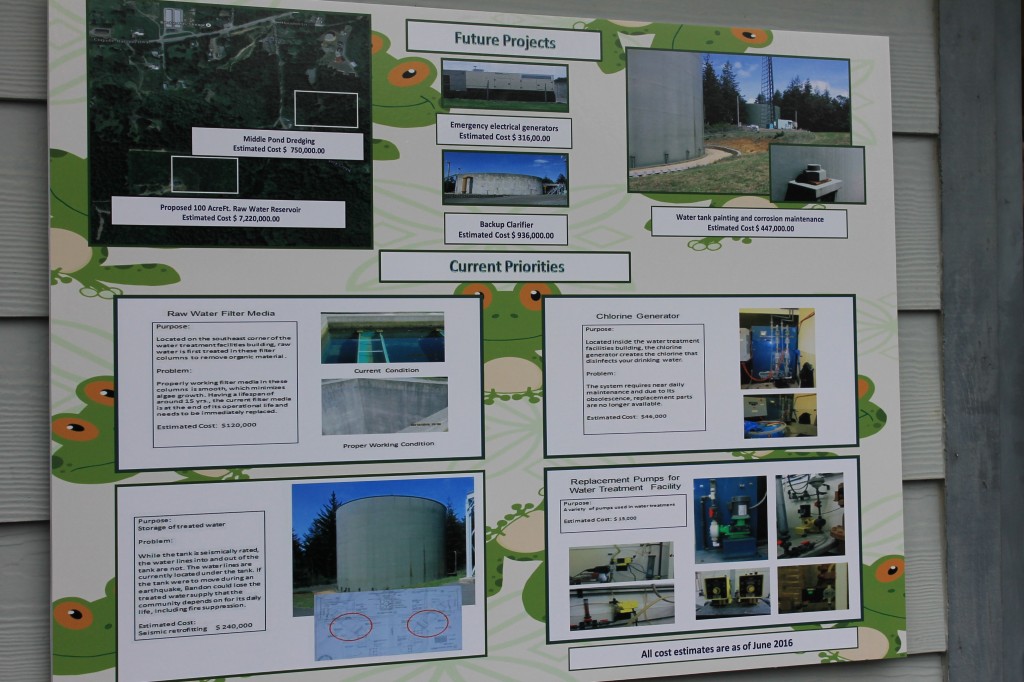 Everyone has an opinion about the city's request for funds, and everyone has reasons for their opinions. It's a big election year in general, and as usual, our civic responsibility is to get out there and vote. We also have the responsibility to make informed decisions, however, so be sure to call the city or the water treatment plant to clear up any questions and make sure you have as much information as possible before voting.