Theres something new in Bandon. Something sweet, but not too sweet; something tart, but not too tart; something steeped in family history and tradition yet on the cutting edge. Gary and Karen Gant and their son and daughter-in-law Trevor and Mary Gant have put their heads and fruits together and have come up with the best hard cranberry-apple cider around, and they have called itBandon RainCider Company. The Gants have been working on their cider for three years and finally unveiled it at the 2016 Cranberry Festival where it received a very warm welcome. 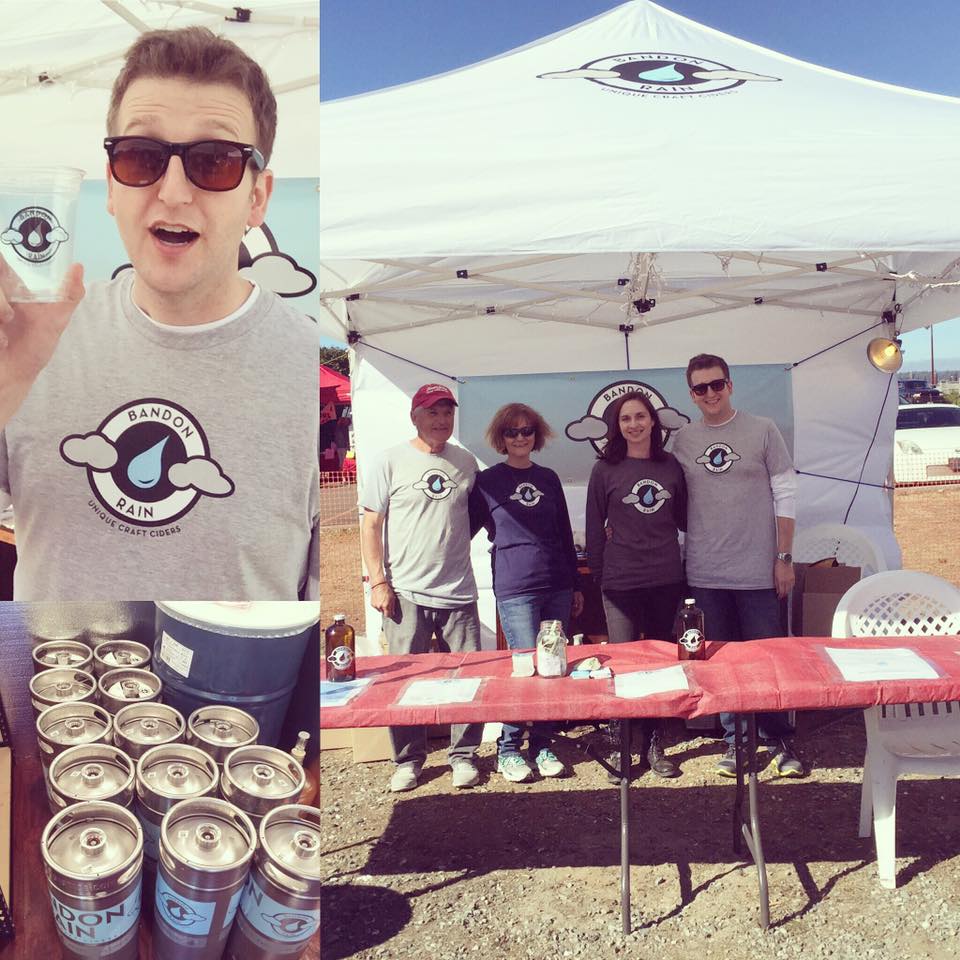 Gary, a 3rdgeneration Bandon cranberry grower, was first inspired to try his hand at hard cider when he considered the loaded apple trees on his small 7 acre farm and wondered what he could do with them all. He decided to grind and press them and make hard apple cider. He made it, and, he says, it was horrible. You couldnt drink it. It was just bad.

After a year of aging, however, the cider was almost palatable, according to Mary. After talking with Gary about the cider, Trevor and Mary, who were working in the TV industry in Los Angeles, became interested in the idea. They went to Trader Joes, bought some bottles of apple cider to ferment. They brought some up to Bandon, and after tasting it, the family agreed that they were definitely on to something.

Over the next couple of years, they worked on finding just the right blend of cranberry and apple juice to make a well-balanced unfiltered hard cider. Gary and Mary attended a class taught by cider guru Peter Mitchell and brought a sample of their latest version for him to judge at the end of class. The cider masters first comment was Its pink. After the Gants explained it was due to the cranberries, he smelled, swirled, and sipped, shook his head, again exclaimed, Its pink! He went on to say that he could taste the cranberry and the apple, the astringency was nice, and it had a long taste and was well-balanced. His final comments were, Good job! Well done. I would buy this. I would drink this. They knew then that they were on the right track. 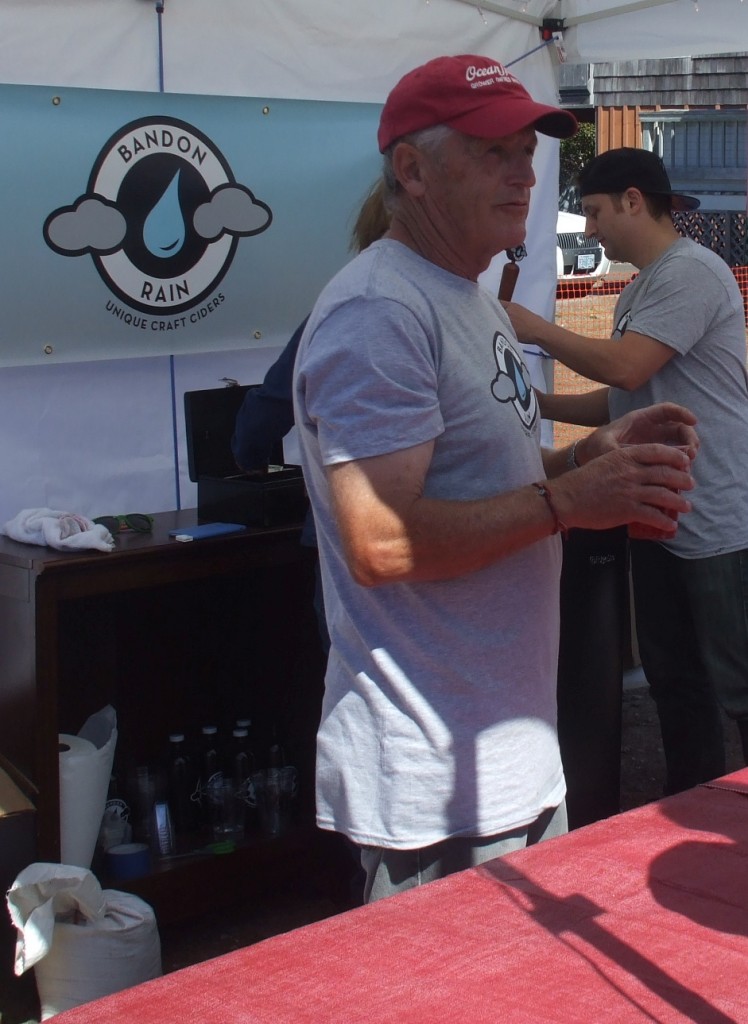 After the class, the Gants asked for feedback from many different people, continuing to fine-tune the cider to find the right apple/cranberry balance. Everyone had their own opinions; some thought it was too sweet, others too tart, but most people liked it.

When they decided that they would make cider on a larger scale and try to market it, they had to get serious about commitment. Gary got to work renovating two buildings on his 7 acre farm, and Trevor and Mary quit their jobs to move up to Bandon and work on cider full time.

Their hard work has paid off in spades. The cider has only been on the market for a couple of weeks now, but it has been received extremely well among the locals and visitors. People from all over were able to try it at the Cranberry Festival and at Cycle Oregon. A couple thousand cyclists (who also tend to be drinkers) from all over the country participate in Cycle Oregon, so Bandon Rain got a fair bit of exposure from that one event. A wine-maker in Dundee, Oregon in the heart of the Willamette Valley wine country was very interested in their fermenting process, and a couple from England who were particularly taken with the cider said, Its great to see the United States starting to learn about cider. 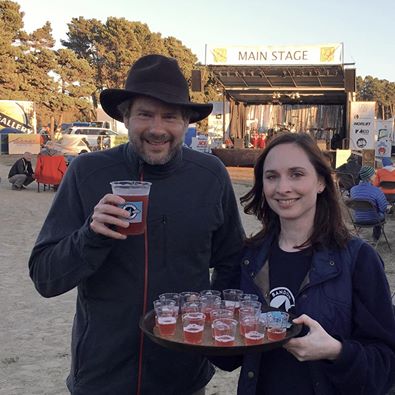 The Gants seem to have found the ideal cranberry-apple balance they were looking for, but there is still much to learn and work to be done to continue to progress in the industry. They are selling the cider locally on tap and in kegs now, focusing on getting the word out there, but they have an eye to the future. If they choose to bottle the cider to sell in stores, they will need to decide between pasteurizing and filtering. Filtering the cider would change the nature of the fine product they created, and pasteurizing can be expensive and complicated. 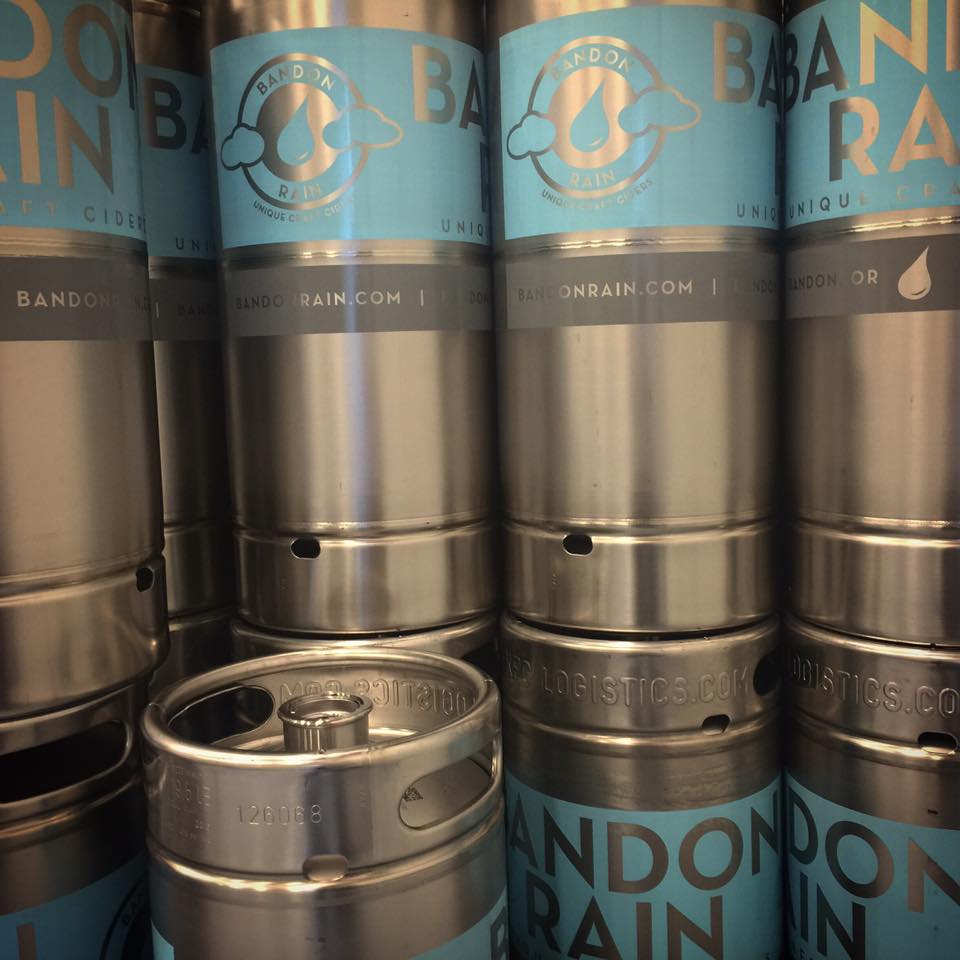 The fermentingfamilymembers arestarting to find their niches in the cider production. Gary explains that there are a lot of moving parts to keep track of. He finds himself ordering small yet important and very specific parts online, storing steel tanks in his truck, and wandering around the hardware store looking for just the right food-grade fitting that wont disintegrate in the acidic cider.

One of the most important parts in the cider process is starting with the right fruit. Althoughthe Gants' property has a good selection of apple trees, they won't be enough to keep up with the market's demands. Bandon Rain cider is made of a blend of juice from a variety of Northwest apples.

Theres no question that the economy has shifted in Bandon. A town that was once dominated by fishing and timber with some cranberries and cheese thrown in there now largely revolves around tourism and golf. I, for one, am extremely happy and excited to see the injection of a new industry that people will come to associate with our small coastal town: cranberry-apple hard cider by the name of Bandon Rain.

To sample Bandon Rain cider, head to the Beverage Barn on the corner of 12th St. and Highway 101. Bring a growler; youll want to fill it up after tasting this cider!