The first annual Gorse Blossom Festival is in the books, and although Bandons founder Lord George Bennett (who infamously brought the prickly gorse plant to Bandon when he was feeling homesick for Ireland) would have rolled over in his grave, the town and its visitors had a great time celebrating the region and of course, the gorse. The weekend, more about local wine and drink than gorse, was packed with activities, fun, and music from a pub crawl to a film festival to the Bloody Mary Stroll to the festival itself. 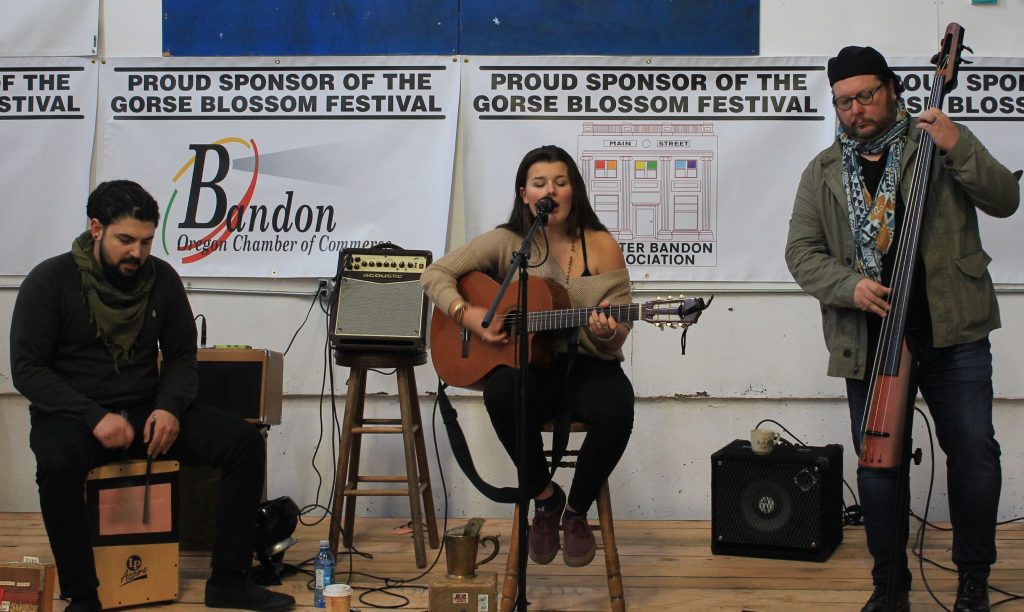 The Gorse Blossom Festival weekend opened Friday at 2:00 at the Old Town Marketplace which was filled with booths with representatives from regional wineries, breweries, and cider makers, as well as Coos Countys own Stillwagon Distillery. They poured samples into Gorse Blossom glasses (included with the admission price) and enthusiastically talked fermentation, tannins, hops, grains, and yeasts with curious folks. 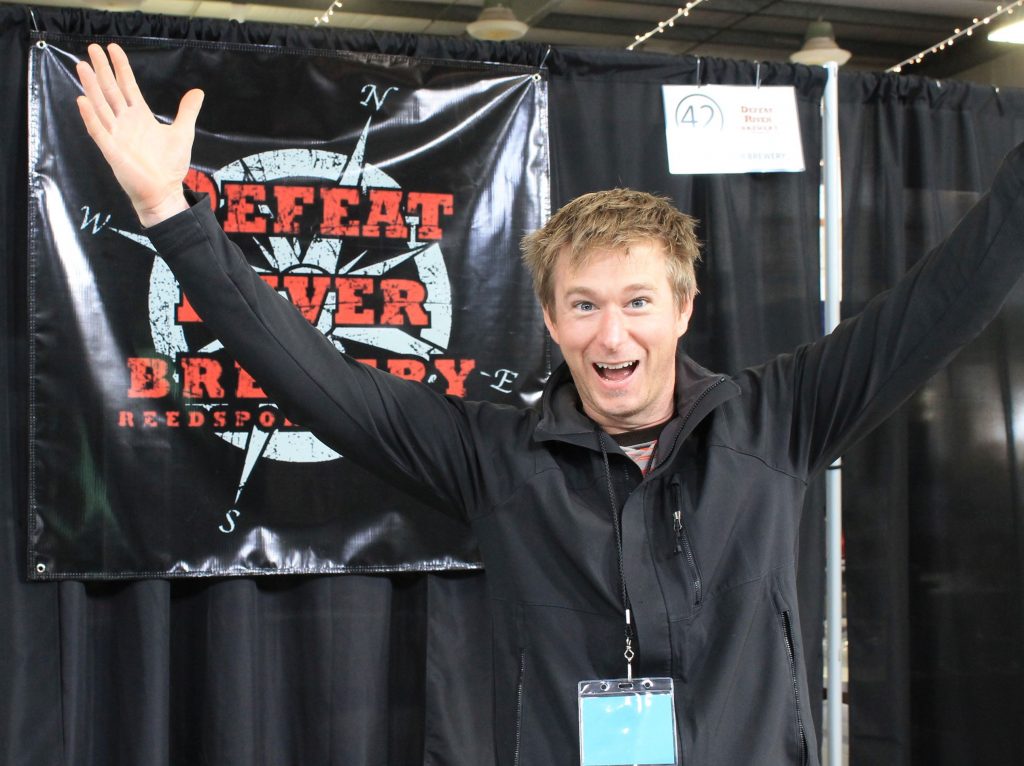 There were also goodies and local seafood for purchase as well as a selfie photo booth and a preview of the films in the Oregon Coast Film Festival. For those who think they have a nose that knows, there was, for lack of a better term, a smelling contest: participants smelled unmarked vials of scents such as almond, chocolate, orange peel, and honeysuckle and then submitted their guesses. 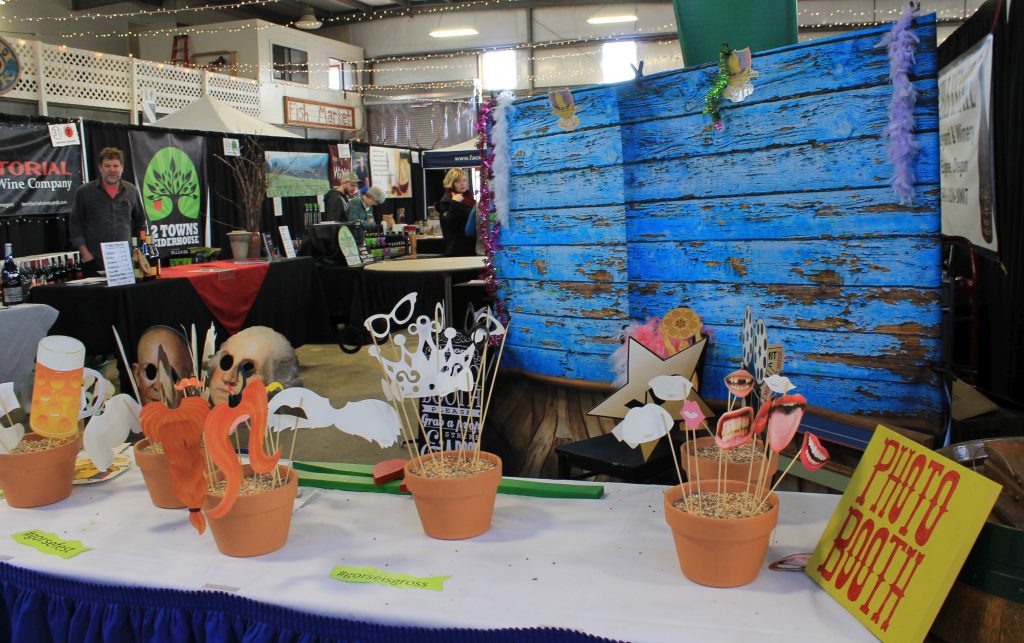 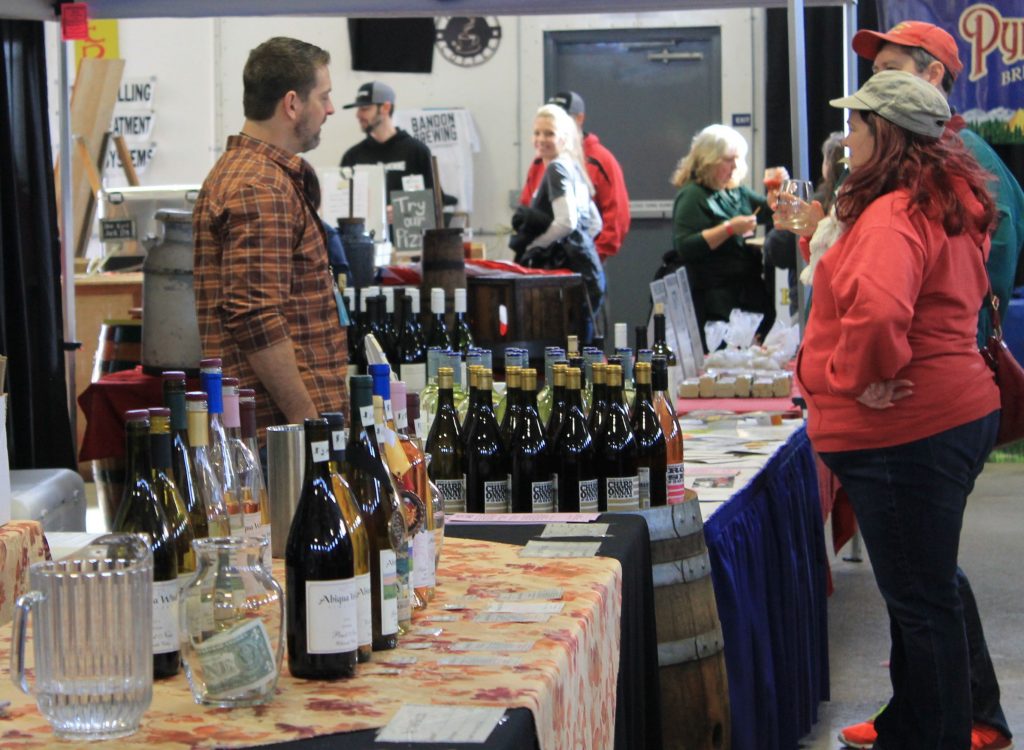 As if that wasnt enough fun, the Presidential Pub Crawl started at 8:30 at Foleys Irish Pub with drink specials and live music. After an hour, folks moved to Bandon Brewing Company for special prices on their very own One-Eyed Jack IPA and Pacific Puffin Porter. 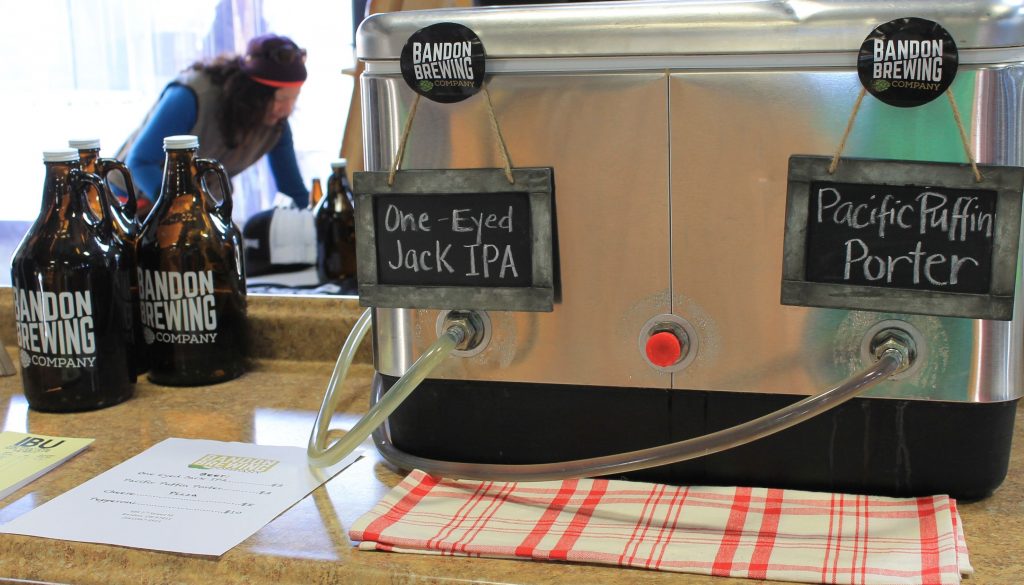 A dart game was set up as well, but it was not your average dartboard. The bullseye was the left eye of Lord Bennett who appeared to be peering through a gorse hedge. From there, the fun moved on to The Broken Anchor where there were happy hour prices and trivia. In keeping with the parallel themes of Presidents Day and adult beverages, the trivia questions all related to presidents and beer. The crowd learned, for example, that it wasThomas Jefferson who said, Beer, if drunk in moderation, softens the temper, cheers the spirit, and promotes health. The last stop of the pub crawl was the Arcade Tavern where a DJ played late into the night. 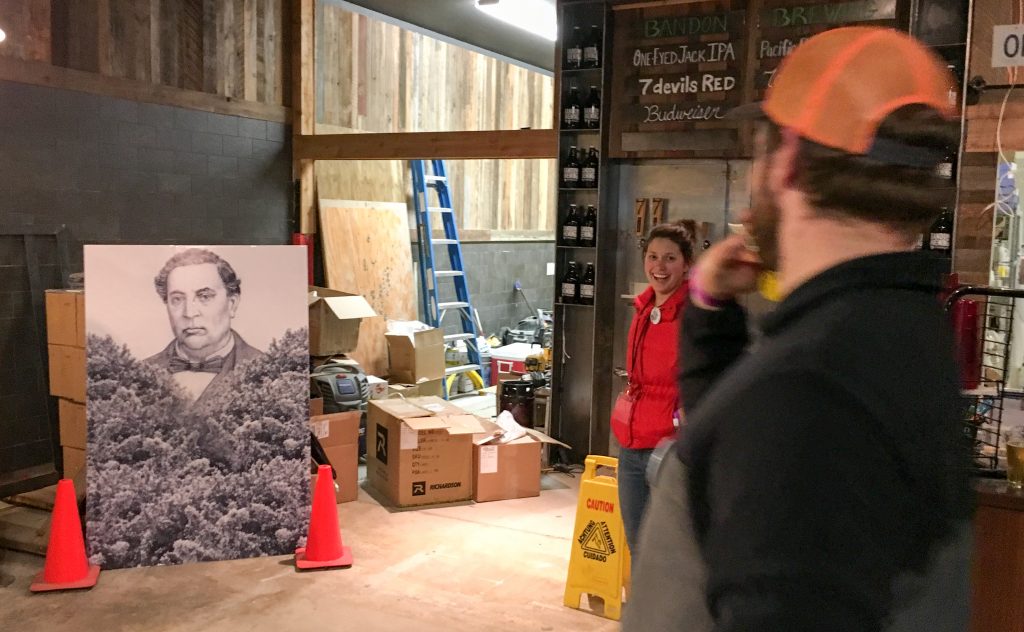 Saturdays schedule consisted of more fun at the Marketplace and another evening of the Oregon Coast Film Festival. Saturday night, two Brewmaker Dinners happened simultaneously, one at The Loft Restaurant, and one at Billy Smoothboars.

Festivals typically wind down quickly on the last day, but in the spirit of continuing the fun as long as possible, that was not true of the Gorse Blossom Festival. The morning started at 9:00 with the sold-out Bloody Mary Hangover Stroll. 150 strollers/drinkers met at the Visitors Center for their glasses and maps and then set out to visit various Old Town businesses for garnishes, including cucumbers, shrimp, olives, and cocktail onions, for Bloody Marys. The last stop was the Marketplace for the tomato juice and vodka. Strollers were invited to stay to enjoy the festival, and so the fun continued until late afternoon. 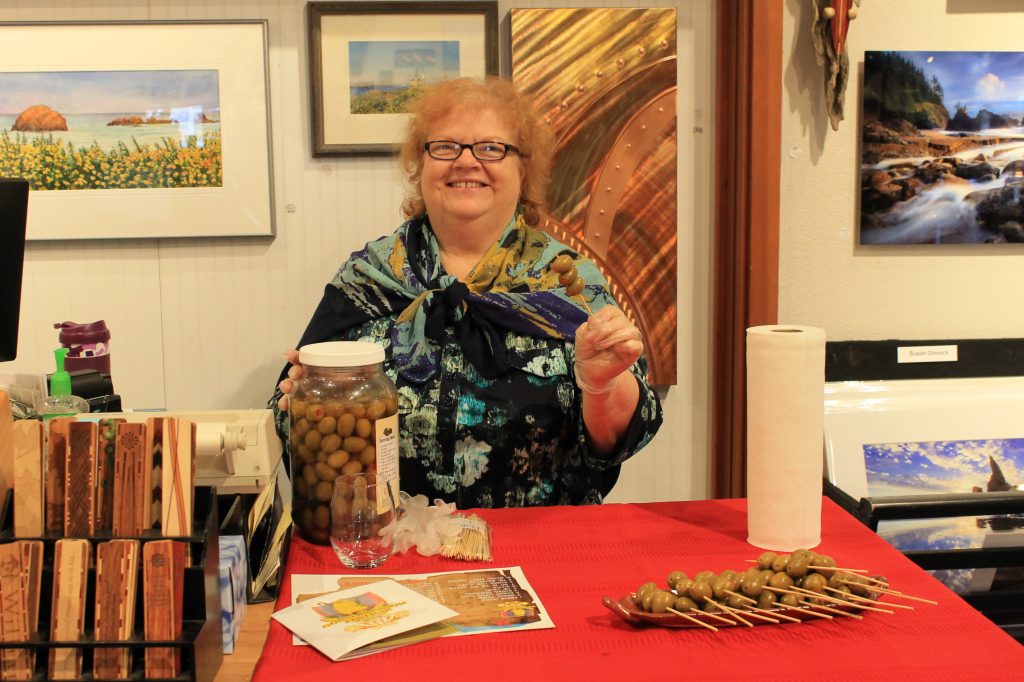 This tongue-in-cheek festival was a perfect way to spend a typically gray February weekend in Bandon. This bright spot in the winter is, I suppose, a bit like the beautiful yellow blossom on the despised, thorny, treacherous gorse shrub. 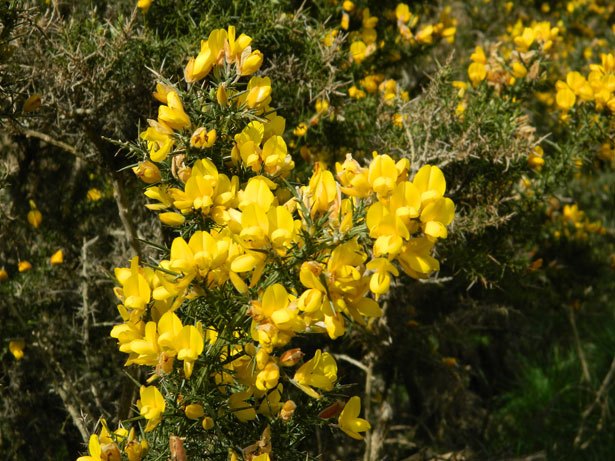