Oregon's public beaches are some of the things that make Oregon great, but they were not always open to everyone.

If sight of sand and sky and sea has given respite from your daily cares, then pause to thank Oswald West former governor of Oregon (1911-1915). By his foresight, nearly 400 miles of the ocean shore was setaside for public use from the Columbia River on the north to the California border on the south. This marker is erectedand dedicated by the grateful citizens of Oregon to commemorate this outstanding achievement in the conversation of natural resources.

Texton a plaque at Oswald State Park near Manzanita, Oregon.

The 66 Words that Changed a State

Oregon is a special place in many ways, and topping the list is the scenery that draws visitors from all over the world. From lush valleys to dry high deserts, from glorious mountains to crashing ocean waves, from forest to field, Oregon has it all. One of Oregons most unique features is its publicbeaches. When travelling to most places in the country where there are beaches, ones beach access is limited. Much of the shoreline, particularly on the east coast, is privately owned. In Oregon, however, one does not have to contend with fences or signs reading PRIVATE PROPERTY. Nearly all 363 miles of the coastline is public beaches, thanks to Oswald West, Governor of Oregon from 1911-1915.

An Oregonresident from the age of 4, Oswald West started his working years as a banker in Salem and Astoria until he was drawnto Alaska to look for gold. Shortly after, he was appointed State Land Agent and worked diligently to recover nearly 1 million acres of public land that had been fraudulently filed as homestead claims. 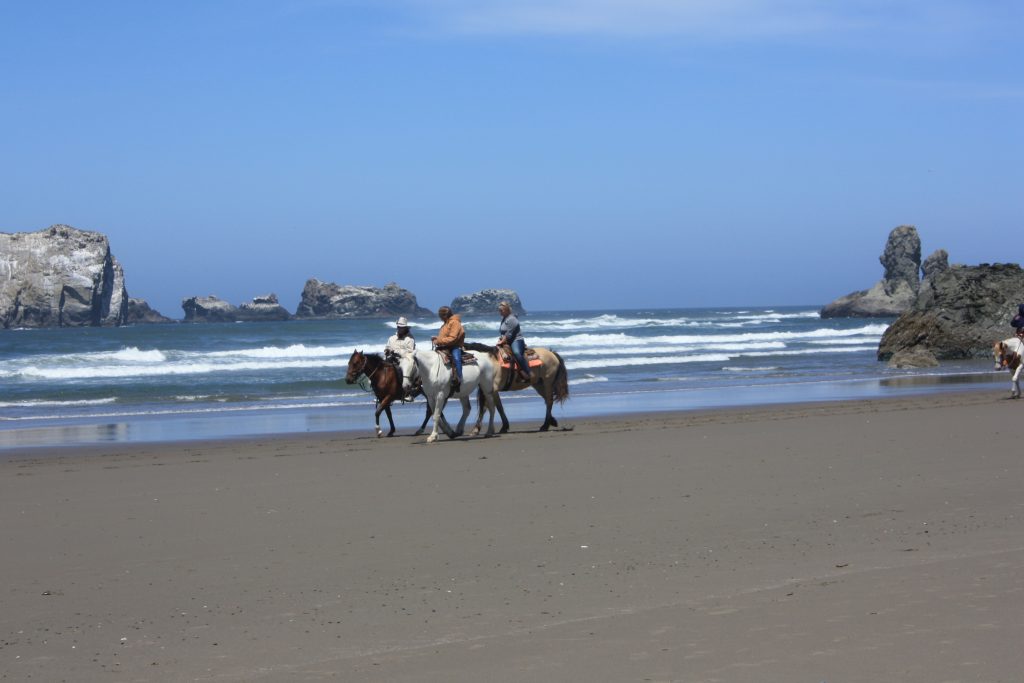 At the time West was elected governor, the future of Oregons beaches was uncertain. Starting with the Native Americans, people had depended on the coastline as a north-south travelling route, but by 1912, almost 25 miles of the north coast had already been sold to private owners. During this same time, Governor West enjoyed riding his horse on the north coast where he and his wife owned a home. This ride was inspirational to him, and he later said of it, So I came up with a bright idea. And this was very much of a surprise for I have enjoyed but such few in a lifetime. 66 words later, West made history. The bill, Senate Bill 22, reads,

The shore of the Pacific Ocean, between ordinary high tide and extreme low tide, and from the Columbia River on the north to the Oregon and California State line on the south, exceptingsuch portionor portions of such shore as may have heretofore been disposed of by the State, is hereby declared a public highway and shall forever remain open as such to the public.

The bill seems to be clear in protecting the Oregon coast as a highway, however, West had an ulterior motive. He wrote, I pointed out that thus we would come into miles and miles and miles of highway with no cost to the taxpayer. The legislature took the bait hook, line and sinker. Thus came public ownership of our beaches.

In the next several years, more bills were passedto further protect public beaches. A bill passed in 1965 changed the designation of the beaches from a highway to a state recreation area, and the 1967 Beach Bill, championed by the beloved Oregon Governor Tom McCall, established that the land from the water up to sixteen vertical feet above the low tide mark would be public land. 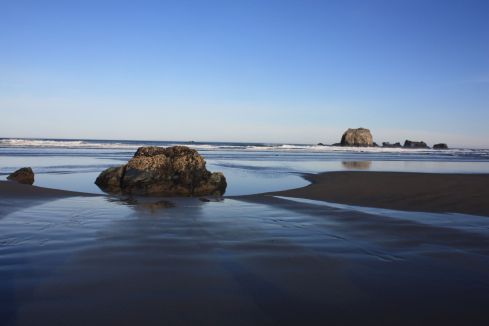 To this day, countless Oregonians and visitors to the great state benefit from the tireless work of Governor Oswald West. The beaches are free for activities such as beachcombing, exploring tide pools, surfing, whale watching, making sand castles, photography, wading, and for miles of uninterrupted walking.