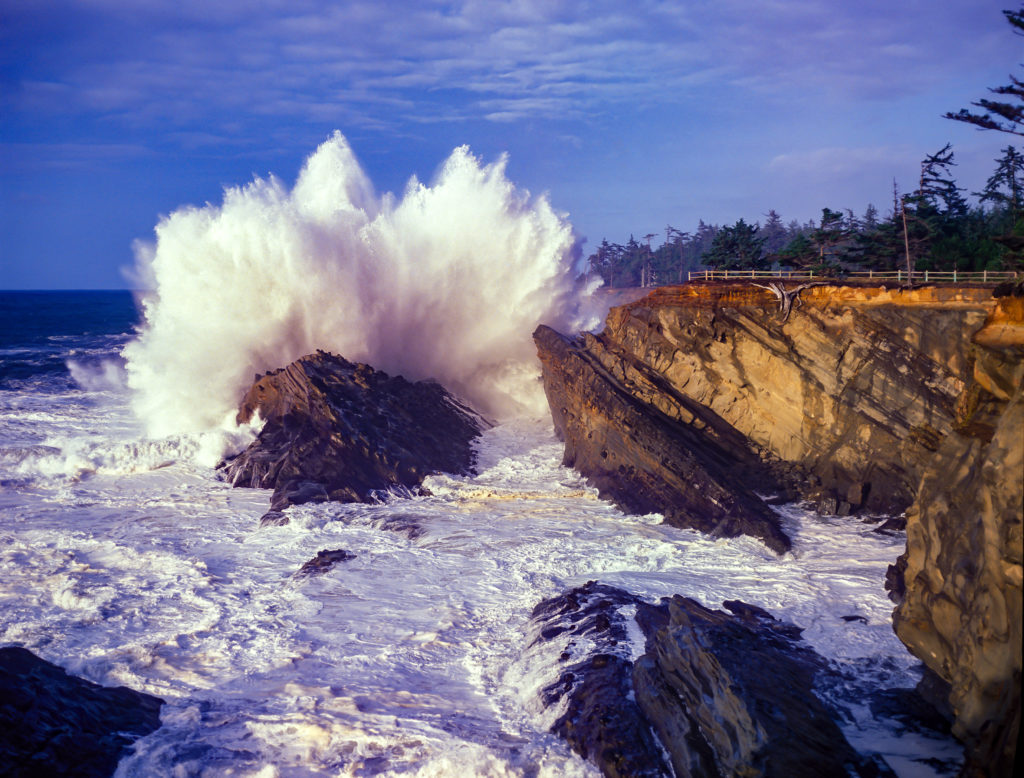 Shore Acres State Park’s 745 acres with fabulous oceanfront setting and formal gardens are enjoyed every year by thousands of local residents and visitors alike. The land it sits on comes with a rich history, as it was once a private estate owned by the Simpson family, who successful in the timber and shipping business.

Asa Mead Simpson was a rugged individualist, born in the Maine woods in 1826, the son of a master ship builder. He came to Coos Bay to turn profits he mined from the California gold rush into a a small shipping empire that made him a fortune. Tall stands of virgin timber in lush forests were harvested and shipped mostly to San Francisco, and from there he returned with goods needed by settlers in Oregon. Although the business was a risky one, depending upon fair seas and skilled captains, Asa successfully built a small fortune.

His son, Louis Jerome Simpson, purchased the Shore Acres property in 1905 for $4,000 with plans to build a fine home for his new wife. Construction of their mansion began in 1906 on the rocky headland that today enthralls visitors with its spectacular crashing waves below. It was here that he spearheaded much of the development of what was to become North Bend. He’d purchased the land in 1902, then replatted the town, established a post office, donated prime waterfront for a public dock and founded Mercy Hospital. He opened a number of businesses and ran for governor of the State.

Louis Simpson was a speculator and he lavished money on his wife and mansion. Only the very best was good enough. Unfortunately his untethered ambitions exceeded his success. His wife died in 1920 and his mansion burned to the ground in 1921. He rebuilt and continued with his development plans for North Bend, however, his fortunes fell upon worsening times. Louis ultimately sold the mansion to the State of Oregon for $29,000 in 1942, and it was torn down in 1948, being too expensive to maintain. The park fell into disrepair for several decades.

Today the gardens have been restored to their former grandeur and the annual Holiday Lights have become a popular event for many. The State of Oregon is understandably proud of its well maintained and truly spectacular state park system. 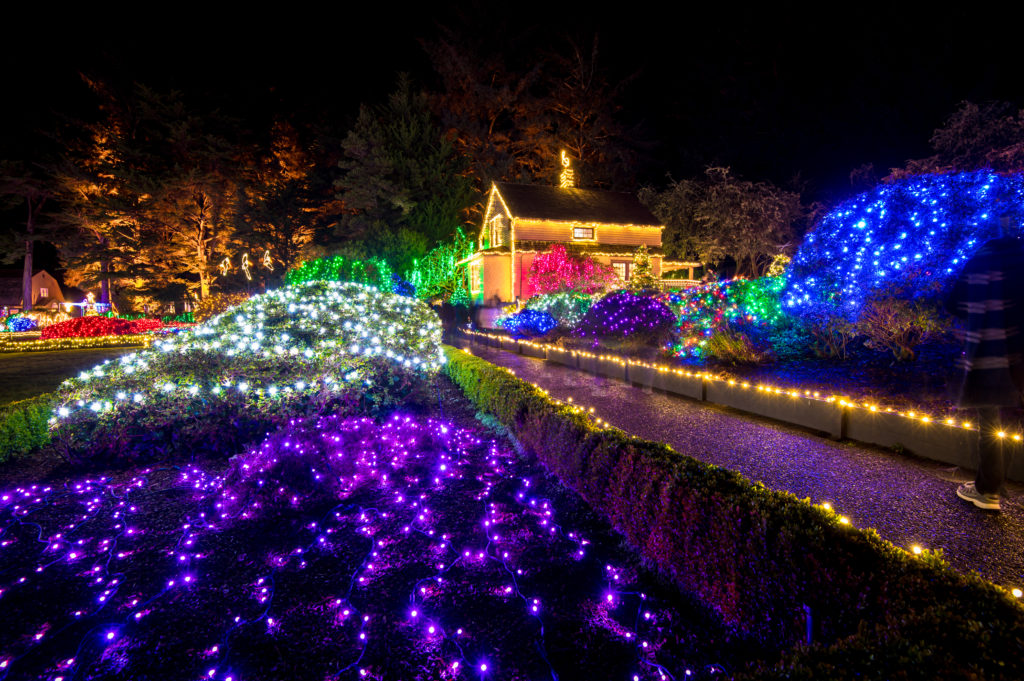